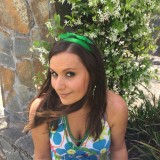 Leigh-Chantelle is a published Author, International Speaker & Consultant who lives mostly in Brisbane, Australia. She is an in-demand advisor for small businesses and corporate clients, where she shares her vegan lifestyle tips along with her other passions: technology and communicating online. Leigh-Chantelle writes and gives lectures, workshops, consultations, and coaching on topics ranging from online marketing, communication, etiquette, security; and writing and independently releasing books and eBooks.

Leigh-Chantelle has been vegan for 20 years, and has run the online vegan community vivalavegan.net since 2005, bringing positive education, information and vegan outreach to a worldwide audience. Her most recent vegan book is a collection of interviews with over 100 vegan athletes from all over the world. She is the President of the Vegetarian Vegan Society of Queensland, in her home state. She previously founded and ran the not-for-profit environmental awareness Green Earth Group from 2009-2013, which put on two successful all-vegan environmental festivals, and many smaller events in Brisbane.

Over the past 20 years, Leigh-Chantelle has been involved as an organiser, sponsor, performer, speaker, MC and stall holder for various community, animal rights, vegan, vegetarian, and environmental fundraisers, forums, conferences, festivals and events throughout Australia and Internationally. She has released various EPs and music videos, and previously had visions of grandeur of her place in the music industry, until reality and her busy life intervened. She has recently been inspired to create new music again, so stay tuned.

Leigh-Chantelle and Viva la Vegan! can be found on most Social Media channels.

You can find her music on Bandcamp, SoundCloud, and YouTube.

Leigh-Chantelle is available for select speaking engagements, seminars, panel discussions and readings. To enquire about a possible appearance, please contact her.

Where to find Leigh-Chantelle online 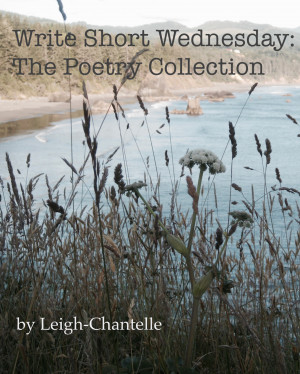 Write Short Wednesday: The Poetry Collection by Leigh-Chantelle
Price: $0.99 USD. Words: 7,540. Language: English. Published: January 11, 2017. Categories: Poetry » Biography, Poetry » Female authors
A collection of short poems written by Leigh-Chantelle, inspired by her decision to write more often. Started in 2013 as an online series, Write Short Wednesday, has been a great inspiration to others and herself to remember places, people, and moments in time that would have been forgotten otherwise. This is a selection of her poems that are best when read aloud.

You have subscribed to alerts for Leigh-Chantelle.

You can also sign-up to receive email notifications whenever Leigh-Chantelle releases a new book.