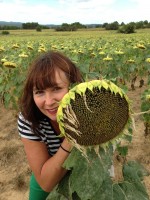 Leigh Walton is an accomplished Direct Sales professional, having worked in the industry for over twenty five years. She started out as a self-employed 'Avon Lady' after chatting to an Area Manager who had 'cold called' at her home. Leigh attributes her first 'lesson in Social and Direct Sales' to this ad-hoc meeting as she soon came to understand that by listening to what Leigh was saying, asking open-ended questions, and then answering Leigh's needs, this Area Manager turned a 'No, I'm not interested in Avon', to a, 'Yes, I'll give it a go'!

A couple of years on, Leigh was employed as an Area Manager by Avon Cosmetics; firstly appointed to cover part of inner-city Birmingham and then the upmarket town of Solihull - 'chalk and cheese' areas, as Leigh describes them. The difference in attitude to 'Avon' in these areas tested Leigh's 'out of the box' thinking and strengthened her creativity. She is pro-active to the hilt and has also developed the ability to react positively to any given situation. After promotion to a training and development role with Avon, her career really took off.

She was soon employed by Virgin (Vie) Cosmetics for the start-up of Richard Branson's foray into 'Party Plan' and also worked with the superb book publisher, 'Dorling Kindersley', where her direct approach was welcomed by the independent sales-force. Over the next few years Leigh was approached, and subsequently recruited, by several companies including The Pampered Chef (UK) where she was promoted to National Sales Manager.

During 2012, Leigh started to make plans to fulfil her ambition of studying for an English degree, whilst also working as a self-employed Business Coach and Trainer. In April 2013 Leigh left The Pampered Chef to travel around Europe with her husband and two terriers. During this time she has also written three books and is currently studying for an Honours Degree in English Language and Literature with the Open University.

Even whilst travelling she is alert to what is happening generally 'in Sales' and whilst working her way down Croatia, upon seeing many people stood on the side of roads with large signs stating 'Apartmento', wanted to contact the agent letting her house to say, 'Have you thought of....'.

Leigh's motto of 'Life is not a Dress Rehearsal' is what drives her! In addition, a phrase learned many years ago, 'Anywhere, Anytime, Always, Ask', is one she believes all Social/Direct Sellers need to keep in adopt. Whether in a coffee shop, a queue in a shop, chatting to someone on the train, if you remember the '4 A's' you will be giving yourself the best opportunity to become a success in Social/Direct Sales.

Where to find Leigh Walton online 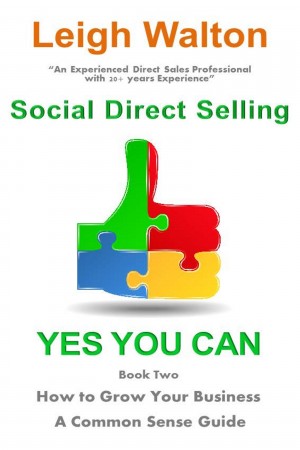 Social Direct Selling Yes You Can! Book Two How to Grow Your Business by Leigh Walton
Price: $7.99 USD. Words: 22,900. Language: British English. Published: November 30, 2014. Categories: Nonfiction » Business & Economics » Home-based businesses, Nonfiction » Business & Economics » Marketing / multilevel
This guide will teach you how to grow your Social/Direct selling business and how to increase your earning potential. Whether you want to increase the number of product presentations you have booked into your diary, generate higher sales, or build a successful team, this book will arm you with the tools to create a large business which can provide an exceptional income. 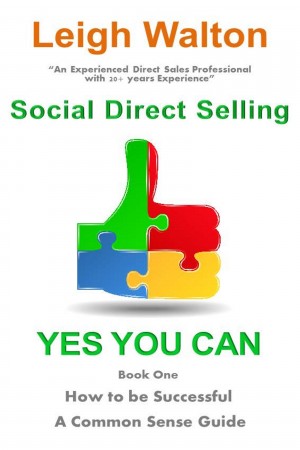 Social Direct Selling Yes You Can! Book One How to be Successful by Leigh Walton
Price: $7.99 USD. Words: 22,390. Language: British English. Published: November 30, 2014. Categories: Nonfiction » Business & Economics » Home-based businesses, Nonfiction » Business & Economics » Marketing / multilevel
Leigh’s personal experience of this industry makes this ‘THE’ book to read if you are contemplating or have already joined, a Social/Direct selling company. Within its pages you will learn how to succeed and to increase your earning potential.

You have subscribed to alerts for Leigh Walton.

You have been added to Leigh Walton's favorite list.

You can also sign-up to receive email notifications whenever Leigh Walton releases a new book.