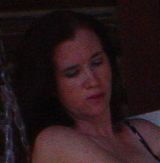 Lindsay is a Florida native and lives with her husband and two daughters in a quiet log cabin on the central west coast. Her son is currently serving in the United States Army. She is a network administrator for a local high school. Her novels include: Heart of the Diamond, Untouchable (book I), Unforgivable (book II), Untraceable (book III), Kingdom Hill, and The Substitute (a novelette).

What's the story behind your latest book?
My latest novel is Kingdom Hill. It's a bit ironic that it was actually one of the first story ideas I had over 25 years ago. I still recall being out in my yard on a beautiful, sunny, Florida day, mowing my lawn (with a push mower!). The story of Kingdom Hill unfolded almost entirely in that hour that I was working in the yard. At the time, I had also been thinking about the storyline for Heart of the Diamond. I didn't feel I had enough skill to tackle something as complex as Kingdom Hill, so I put it on the proverbial back-burner then started Heart of the Diamond.

About fifteen years later, I wrote a few pages on Kingdom Hill so that I wouldn't forget the story line. Another ten years go by. What was it that FINALLY spurred me to write the story I'd thought about for decades? Well, I met my main character!

I work in a high school. In 2009, a new teacher named Adam started at our school. He intrigued me. After repairing his personal computer, I told him he now had to pay the price for my services. Since we hadn't discussed how much I was going to charge, he looked worried. I told him to hold on to his wallet because all I wanted was his life story. As I suspected, he was fascinating.

I asked him if I could use bits and pieces from his life for a character in one of my novels. He was thrilled. What I loved about using him for the character of AJ was the depth he brought. AJ is as pivotal to the story of Kingdom Hill as is my female heroine, Cass. It was no problem for me to give Cass layers and layers of life, but now I had a male counterpart who was equally deep.

It was still complicated to write because it encompassed two stories wrapped in one novel, but there was no holding back at this point. Thanks to my new inspiration, the story that slept in my imagination for a quarter of a century, bloomed to life in an amazingly short amount of time. It was written, in its entirety, in about six or seven weeks.
What motivated you to become an indie author?
Frustration. Yeah, that had to be the main reason. I tried the traditional route, went to writer's conferences, honed my craft, studied the art of writing book proposals and query letters, etc. I'd hoped that it truly wasn't a 'it's who you know' business as I had heard most of my life, but (sadly) it is. Yes, there are those who make the sensational unknown-to-superstar leap like J.K. Rowling, but they are only a tiny fraction of a percentage point when compared to the hundreds of thousands of those who have great stories to tell but are never given the chance.

And, I also have to say the less-than-snails-pace at which the traditional publishers move is MADDENING! Case in point: I had a manuscript that a huge publishing company in New York was interested in. I was beside myself with excitement when I receive the letter stating they were considering my work for publication. They said it might take six months for them to make an official decision. Six months later, I inquired as to the status of my manuscript. They needed another six months. I couldn't believe it, but I said sure! At the end of that time period, I contacted them again. They hadn't gotten to it yet, and said it might take another year. I could have died! They had already told me if they did accept it it would take another two years before they published it because they were just that far behind.

Two years passed with my manuscript in their hands...before they rejected it. When the manuscript was returned to me (because I had given them a self-addressed return envelope two years earlier), judging from its condition, I was pretty certain they never read it. I was SO angry.

The weekend after it was returned to me (yes, I mean literally days after getting it back), I had it published and on the market. I have absolutely no interest in using a traditional publisher...ever! Go indie. You will save yourself headache, heartache, and frustration. Traditional publishers have played God with the written word too long. I'd rather let readers decide what they enjoy. And, as a bonus, I'm making great money as an Indie, far better than the pitiful ten to twelve percent offered by the traditional houses.
Read more of this interview.

Where to find Lindsay Delagair online 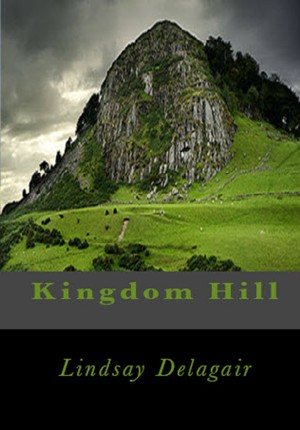 When Cass Henley’s company wins the bid to survey the UK, she finds an unusual hill in Scotland. She plans to explore it alone, until AJ, a writer for National Geographic, joins her team. They discover a buried castle and the tragic story of its ending. Cass is falling for AJ, but when he reveals a secret that has ended every romantic relationship he's ever had, will she be like all the rest? 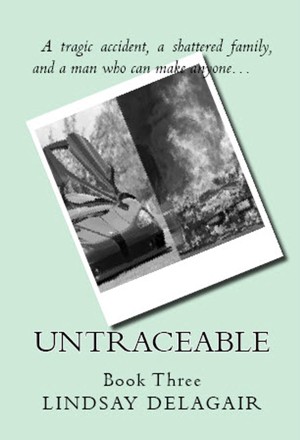 The final book in the Untouchable trilogy winds through a tangled web of shattered lives, the pursuit of power, and the unfailing strength of love. When tragedy strikes, Micah must decide if he should keep his promise to his wife, or should he pursue those responsible. Especially when he realizes it involves the most feared man in the U.S. mafia, a man who can anyone...Untraceable. 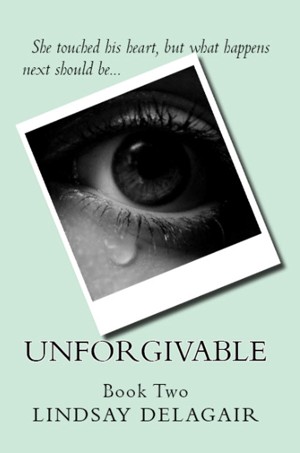 Unforgivable by Lindsay Delagair
Series: Untouchable, Book 2. Price: $3.99 USD. Words: 133,130. Language: English. Published: March 10, 2012. Categories: Fiction » Romance » Adult
Annalisa has a chance to share forever with Micah, but fears something will destroy their happiness. He changed everything, leaving his past far behind as they begin to see a bright and beautiful future. Unfortunately, someone in the mob isn't willing to let go of their best hitman. Book 2 in the Untouchable trilogy is a journey of love and sacrifice, but what happens should be Unforgivable 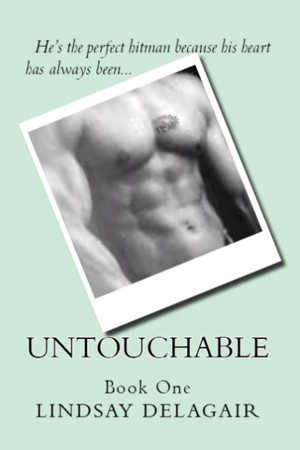 Picking a boyfriend can be murder, but for Annalisa it might end up being the literal death of her. No one at Pensacola High suspects the girl they know to be a wealthy heiress in hiding, but things begin to unravel when two new guys enroll. Both are gorgeous, and both are trying to win her over. The only problem is that one of them has a million dollar contract to put a bullet in her. 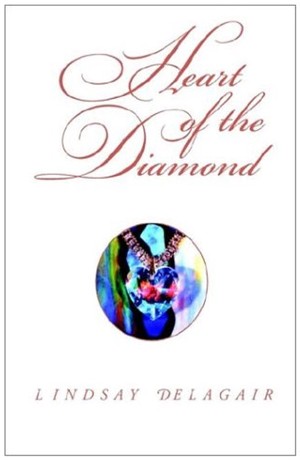 Heart of the Diamond by Lindsay Delagair
Price: $3.99 USD. Words: 153,270. Language: English. Published: July 17, 2011. Categories: Fiction » Romance » Contemporary
Heart of the Diamond is the remarkable story about a young woman who discovers exactly the kind of person she truly is when everything in her life changes. Facing decisions and conflicts that could destroy her reality and her dreams, she digs down to the diamond-hard substance within to show the world that you don’t have to compromise what you believe to win the battles of life.

You have subscribed to alerts for Lindsay Delagair.

You have been added to Lindsay Delagair's favorite list.

You can also sign-up to receive email notifications whenever Lindsay Delagair releases a new book.