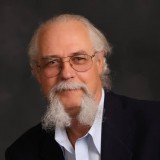 Franz McLaren was sucked into the world of fantasy at ten years old when he read Lewis Carroll's Alice in Wonderland. After that, he delved headfirst into the stories of Dr. Seuss, and from then on, the stories of J. R. R. Tolkien, Terry Goodkind, Holly Lisle, J. K. Rowling, and many others have grown to be a significant part of his life.

Throughout his life, Franz McLaren has traveled extensively, living in forty-eight of the fifty United States, England, France, Germany, Japan, Spain, South Africa, Sweden, Switzerland, Zimbabwe, and vacationing in a host of many other nations. After experiencing all of the fantasies that his travels had to offer, Franz has now settled down into manifesting fantasies of his own. He uses his books to share these worlds and adventures with the rest of us. By entering his novels, you enter the part of his mind that forever lives just a bit to the left of reality.

Where to find Franz McLaren online

You have subscribed to Smashwords Alerts new release notifications for Franz McLaren.

You have been added to Franz McLaren's favorite list.

You can also sign-up to receive email notifications whenever Franz McLaren releases a new book.