My name is Lori Meyer. I am a mother of two and an elementary teacher. During the 2008 – 2009 school year, through the enthusiastic encouragement of my classroom full of fourth graders and my own two daughters, I decided to create a story from a dream I had had one night. And from that dream a series grew and then a spin off.

From the day I started on that journey of creating a story from a dream, I found I couldn’t help but become hooked. They say once you are bitten by the writing bug it becomes a part of you. I found that to be true and have been writing ever since.

I have always been an avid reader, with my favorite stories involving sexy vampires and fierce shape-shifters. But now I find even more enjoyment in creating my own characters and stories.

I currently have three short stories and nine novels available as e-books and at amazon you can get them in paperback as well.

The novels in Cedar's Series are entitled DISCOVERING CEDAR, BREAKING CEDAR, BEYOND CEDAR, and RESCUING CEDAR. My spin off series (Cole's series) has three novels entitled SOUL OF SEVEN, SEVEN DEGREES STRONGER, and SEVEN'S END . The Worth Duet has two novels, WORTH THE RISK, which is currently available, and WORTH THE SACRIFICE will be published in August.

When did you first start writing?
I started writing during my fourth year of teaching. I had awoken from a vivid dream and became curious as to who the characters were and what happened before and after the segment I saw in my dream. The students in my class, at the time, were very involved in my interests. Many of them enjoyed reading paranormal books as I do. They became as curious as me about what was going on with those characters. So through the combined enthusiasm of my students, my own two daughters, and me my first novel emerged. From there, I continued that story into four novels and then began writing other short stories with different story lines. I found I was continuously asking "what next" and began a spin off from my original series. I continue to write for my own series but also encourage students to pursue writing.
What's the story behind your latest book?
I am currently working on the third book in my first series and the second book in my spin off series.
Read more of this interview.

Where to find Lori Meyer online 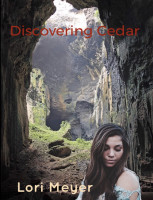 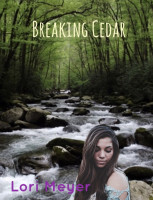 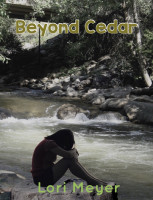 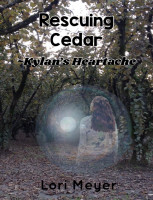 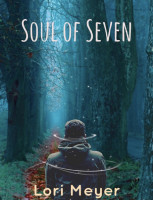 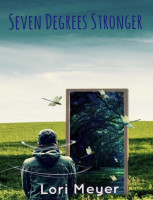 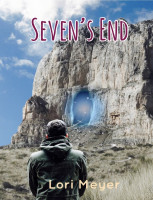 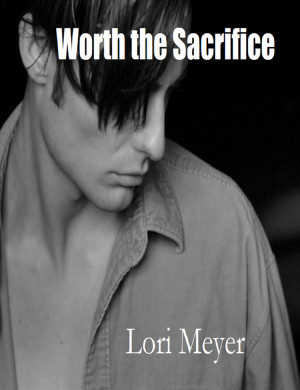 Worth the Sacrifice (Risk Duet Book 2) by Lori Meyer
Price: $1.99 USD. Words: 48,600. Language: English. Published: August 6, 2018. Categories: Fiction » Young adult or teen » Paranormal, Fiction » Romance » Paranormal
With Salem's love Emmy's starting to get her life back on track.However, when she finds herself facing a new danger and discovers a lingering one is far worse than originally believed it leads to the most life changing decision of her life.Salem loves Emmy and will do anything to protect her. So what happens when the only way to keep her safe ends up being a sacrifice neither is willing to accept. 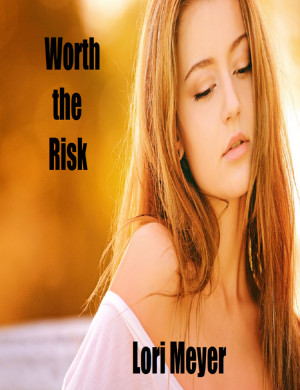 Worth the Risk (Risk Duet Book 1) by Lori Meyer
Price: $1.99 USD. Words: 61,510. Language: English. Published: August 7, 2017. Categories: Fiction » Young adult or teen » Paranormal, Fiction » Young adult or teen » Romance
Emmy Cross hopes to put her summer vacation behind her and press forward into her senior year. However, her plans don’t include falling in love with the mysterious new guy, Salem Gandes. In love with Emmy, Salem reveals his secret to her causing her to turn from him and his protection. But with Emmy's life in danger, Salem must decide how much he is willing to risk to protect the girl he loves. 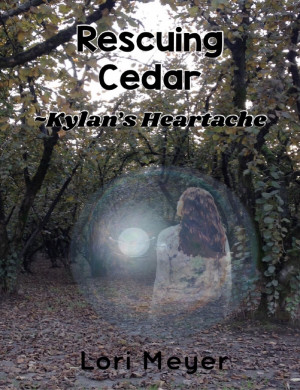 Rescuing Cedar - Kylan's Heartache (Book 4 in Cedar's Series) by Lori Meyer
Series: Cedar, Book 4. Price: $1.99 USD. Words: 47,810. Language: English. Published: August 5, 2016. Categories: Fiction » Young adult or teen » Paranormal, Fiction » Young adult or teen » Romance
When Reed proves to be a far more dangerous enemy than the Komodans ever were and does the unimaginable, Kylan's physical, magical, and emotional strengths are put to the ultimate test. In the dramatic conclusion to the Cedar Series, Kylan faces his most challenging ordeal ever . . . and the stakes are inconceivable. 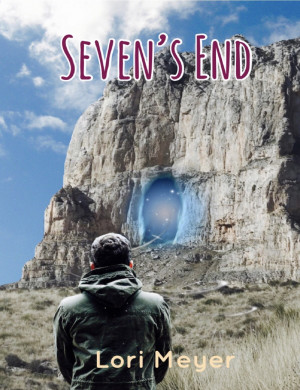 Seven's End (Book 3 in Cole's Series) by Lori Meyer
Series: Cole. Price: $1.99 USD. Words: 62,620. Language: English. Published: August 15, 2015. Categories: Fiction » Young adult or teen » Paranormal, Fiction » Young adult or teen » Romance
Cole's control issue always lurks under his skin where he can't completely escape it. And when he and Tenna head out to find her sister, a new kind of control issue surfaces - his temper fueled by jealously. Even though Cole and Tenna love each other, there may be someone who is better for her. Throw that into the mix with Cole's anxiety about her involvement and it’s a recipe for disaster. 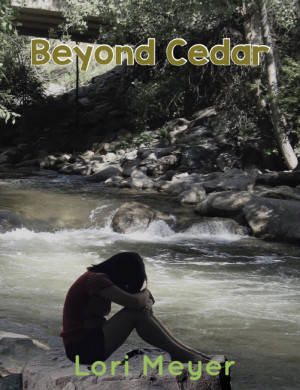 Beyond Cedar (Book 3 in Cedar's Series) by Lori Meyer
Series: Cedar, Book 3. Price: $1.99 USD. Words: 51,170. Language: English. Published: September 1, 2014. Categories: Fiction » Young adult or teen » Fantasy
Even though Cedar has learned to always expect the unexpected, nothing can prepare her for what the Komodans want next. And after a tragic accident shifts everything to a new level of dangerous, this might just be beyond Cedar. 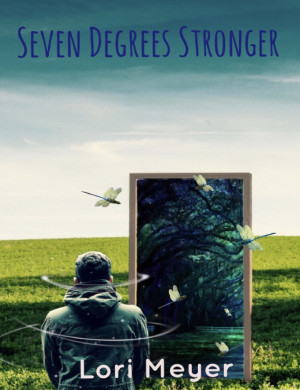 Seven Degrees Stronger (Book 2 in Cole's series) by Lori Meyer
Series: Cole, Book 2. Price: $1.99 USD. Words: 52,040. Language: English. Published: May 24, 2014. Categories: Fiction » Young adult or teen » Fantasy
While Cole wrestles with his control and temptations, Tenna’s fears and apprehensions about finding her sister mounts. But with new threats on the rise and a secret exposed, she may not have much choice in the matter. And as Cole grows dangerously linked in his tie to the immense power in the cave, there is only one solution. And he’s not exactly thrilled about it. 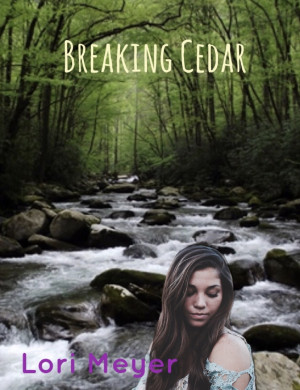 Breaking Cedar (Book 2 in Cedar's Series) by Lori Meyer
Series: Cedar, Book 2. Price: $1.99 USD. Words: 54,310. Language: English. Published: June 22, 2013. Categories: Fiction » Young adult or teen » Fantasy
Protecting a spell which can release an immense uncontrollable power has thrust Cedar Monroe’s life into peril. And as her relationship with Kylan Turner progresses, she begins to wonder if she can truly trust him. While the Komodans continue to unleash wicked tricks in order to destroy her, an unexpected betrayal is coming. In the end, will the Komodans learn what it takes to break her? 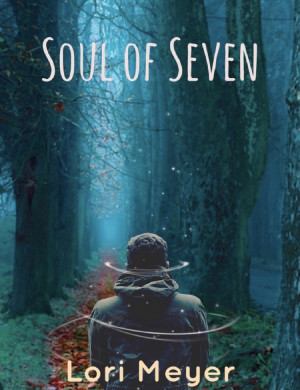 Soul of Seven (Book 1 in Cole's Series) by Lori Meyer
Series: Cole, Book 1. Price: $0.99 USD. Words: 51,440. Language: English. Published: February 23, 2013. Categories: Fiction » Young adult or teen » Fantasy
It’s only the second week of school, yet Cole Turner has found himself in the principal’s office for the fourth time – almost destroying the chemistry lab this time. His abilities are connected to an immense power hidden away in a cave-a power Cole had a taste of when he was younger and now he craves it constantly. Cole must now decide, protect the new girl Tenna Wolfe or remain in control. 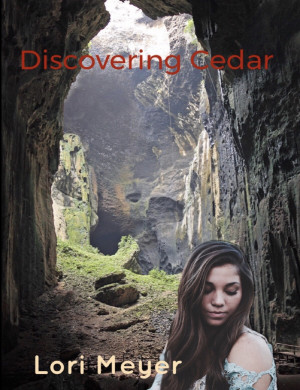 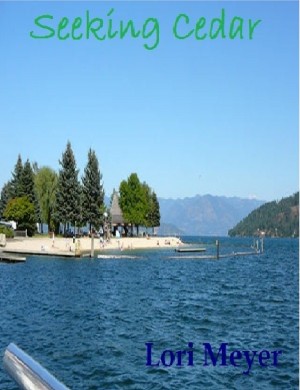 When tragedy strikes, life will never be the same for Kylan Turner. And when grief and anger converge with a taste of an uncontrollable immense power, the path he’s now chosen to journey may be one he can never return from. 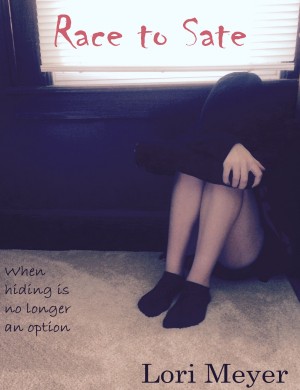 Valerie enjoys being a normal teenager. But when changes begin occurring and she discovers what is really going on with her, nothing can prepare her for the mortification. And to make matters worse, the only one who can help her is her dad...but he's no longer in the picture. 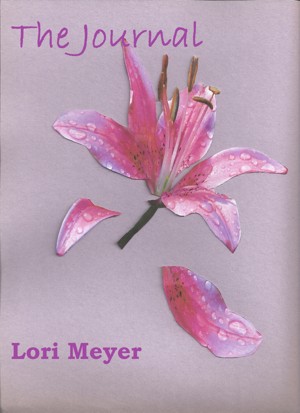 When Lilian finds herself kidnapped, the only thing providing her with a shred of hope is a small brown book. But can the words jotted inside its binding help her make her way to freedom?

You have subscribed to alerts for Lori Meyer.

You have been added to Lori Meyer's favorite list.

You can also sign-up to receive email notifications whenever Lori Meyer releases a new book.