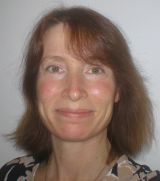 When I was in the seventh grade, my English teacher assigned us a creative writing project for Halloween. We were to compose short stories, which we would then read aloud before the class, coupled with a competition of sorts in which the students would vote on who had written the best one.

Now in my pre-teen years, I was not what you would term the most popular kid in school. Perhaps it was those horrible "Student-of-the-Month" photos of me hanging in the main hallway, which they somehow always managed to take right after gym when my hair was flying every which way, or perhaps it was the oxford shirts and corduroy trousers in which my mother dressed me because I refused to participate in ridiculous wastes of time like school-clothes shopping. It certainly didn't help that in addition to being smart and studious, I was also very, very shy, which led many to believe that I was stuck-up. I suppose if you're naturally adept at making conversation, it's difficult to understand that other kids might not be.

You can therefore easily picture the scene in the classroom that day: the anxious adolescent girl slouched in her seat, sweat drenching the armpits of her button-up shirt as she watched the clock, fervently hoping that time would run out before her turn came. You can imagine my nervousness when, five minutes before the bell, my teacher called me to the front of the class, the last reader to go; my terror as I stumbled up to her desk clutching the half-sheets of paper on which I'd scrawled my assignment. As usual, I had pushed the limits on the suggested length - my story was at least twice as long as anyone else's - and the only saving grace of this enforced public humiliation, I thought, was that I would undoubtedly run out of time to finish it before the lunch bell rang.

Tucking my loose hair back behind my ears and focusing my eyes firmly on my papers, I began to read. It turned out that reading wasn't so bad; unlike giving an oral report, you didn't actually have to look at any of the other students. And it was a decent story, I reflected as I flipped through the pages, concentrating hard on not losing my place. At least my classmates were sitting silently, which made them easier to ignore.

At last I reached the climax of my tale, which was where it turned gruesome. The main character had gotten trapped in a fire, and I remember describing, in disgusting detail, the sizzle of the hairs frying on his arms as the hot flames neared. I remember describing the flames devouring his flesh, great flaps of it falling from his skeleton as his skin seared away. And I remember the silence of the classroom; I remember it breaking, the moans and groans that swelled all around me as I depicted my main character's excruciating demise, only to be interrupted by the harsh clanging of the bell.

No one stirred; no one rose; no one left. I glanced at my teacher, who nodded. The other students sat rapt while I finished my story, and they applauded when I was done. There was no question that I had won the contest.

I was pleased that my story had gone over well, of course, but it wasn't until the following week, when other kids were still coming up to talk to me about it, that I understood that I had somehow made an impression that went beyond my gruesome, graphic horror story. It was as if I had revealed that somewhere beneath that classic nerdy exterior was a real honest-to-goodness person, a kid who thought about things like destruction and death, and flames eating flesh, and how best to describe such horrific events.

I never wrote horror again - I suppose it just wasn't my thing - and I've never made much of Halloween, either. I've never liked the pressure of having to pick out a costume and then explain why I chose it; I've never even understood the appeal of dressing up and playing pretend. I have other ways of exploring my darker sides. Nowadays you won't find me in a starched, striped shirt, or in old-fashioned slacks, but don't be fooled by the sweats and sports bra in which you'll typically see me lounging about the house, because that's not who I am, either. It's just a costume; an innocuous mask meant to show nothing, to reveal nothing, to suggest nothing. My thoughts are inside me. They can never be exposed by a mere choice of outfit.

Lori Schafer is a writer of serious prose, humorous erotica and romance, and everything in between. Her flash fiction, short stories, and essays have appeared in numerous print and online publications, and her first two books were published in November 2014. On Hearing of My Mother's Death Six Years After It Happened: A Daughter's Memoir of Mental Illness commemorates Lori's terrifying adolescent experience of her mother's psychosis, while Stories from My Memory-Shelf: Fiction and Essays from My Past is an autobiographical collection featuring stories and essays inspired by other events from Lori's own life. In the summer of 2014, Lori began work on a second memoir, The Long Road Home, during the course of a two-month-long journey across the United States and Canada. She anticipates that it will be ready for publication late in 2015.

For further information on Lori's upcoming projects, please visit her website at http://lorilschafer.com, where you may subscribe to her newsletter or follow her blog for the most current updates on her cross-country travels. You are also welcome to email her directly at lorilschafer@outlook.com with any comments, questions, or suggestions you may have. No requests for advice on your love life, though. She'll give it to you, but you probably won't be thrilled with the results.

Where to find Lights Out Publishing online 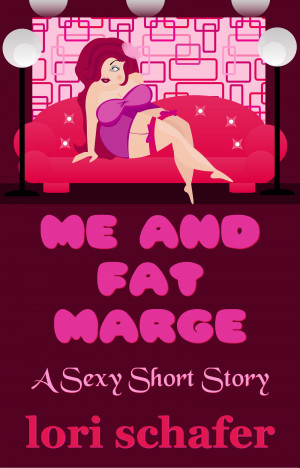 Me and Fat Marge by Lori Schafer
Price: $0.99 USD. Words: 4,030. Language: English. Published: May 13, 2016 by Lights Out Publishing. Categories: Fiction » Erotica » Comedy/Humor, Fiction » Humor & comedy » General
Brent and Marge have only been married a short while when Marge's weight grows dangerously out of control. It's up to their good friend Kat to see that she starts eating healthy again - and once they get started, she can't bear to stop! This funny, sexy short story will forever change the way you think about dieting - and possibly make you yearn for a fat Marge of your very own. 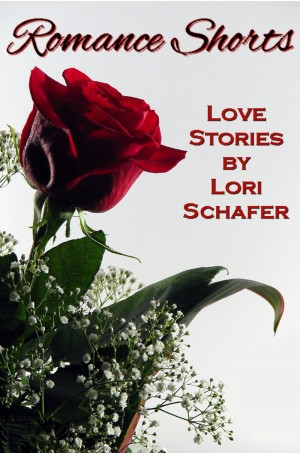 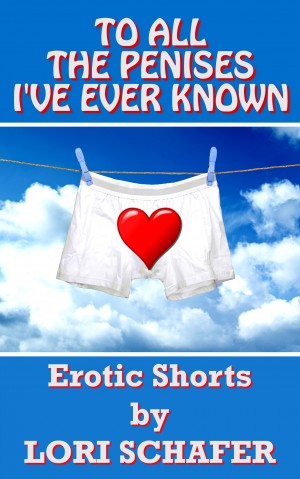 You have subscribed to alerts for Lights Out Publishing.

You have been added to Lights Out Publishing's favorite list.

You can also sign-up to receive email notifications whenever Lights Out Publishing releases a new book.