Linda Colwell credits her upbringing in a peaceful valley in West Virginia as the cocoon that nurtured her creativity. People, nature, and the calm small-town lifestyle developed her sensitivities, piqued her curiosity. Settling in Michigan as a teenager opened her to a new crop of ideas and possibilities.
Writing was a small voice inside of her that asked to be given expression. She tended to push it aside until her college English professor, Ms. Cody said, “If you don’t do something with your writing ability, I’ll come back and haunt you.”
When Linda married and eventually became the mother of three sons, she did much more reading than she did writing. Once her sons grew and were well on their way, Linda granted herself the freedom to pursue her lifelong ambition as a published author and writer.
Her path led her on a wonderful journey of self-discovery. First writing short stories pulled from memories fed her desire to write more. Linda had the ability to take a memory, picture, or feeling and weave it into a creative and fascinating tale that would erupt magically from her muse. All of this culminated into her focus to write novels and have her works published for all to enjoy.
This path propelled her in writing circles to meet new people and other writers who would become life-long friends and provide many fond memories, which eventually in 2000 led to her first published novel, When the Lilacs Bloom, a very well-received paranormal romance that was critically acclaimed by many. She was soon hard at work on her second full novel, Cry of the Brethren.
Unfortunately, at times life challenges us, and after her husband fell ill with a chronic illness that curtailed her ability to fully pursue her craft, she again set aside her dream to take care of her family as a loving wife and mother. At the time Linda had several other works written and ready for publication. Ultimately while she was not able to fully realize her dream in her lifetime, happily now we are able to honor Linda with the publication of all her novels. Of course this one being Cry of the Brethren, with several more novels Linda had written to follow. Look for Towards the Sunset being the next of her books to be released in the near future.
For the most up-to-date information on current and upcoming book releases and events, go to her special Facebook page at http://www.facebook.com/Lindacolwellnovels.

How did Linda come to write books?
Linda was My Mother during her lifetime she grew up in the West Virgina countryside with its rich history, folklore and history. This was a perfect place that nurtured her creative writing imagination. Later moving with her family to South eastern Michigan in the early 1960's this opened her up to new opportunities. she was an avid reader, attended Macomb Community College and was a librarian by trade in the early years. One of her College Professors warned her that if she didn't make use of her creative writing style She would come back and "Haunt her".

Years later in the 1980's as I the eldest son and my to younger brothers grew Mom allowed herself to explore her writing which was a wonderful Journey. It led to her first publish work " When the Liliacs Bloom" which was well critically received. Unfortunately with My fathers declining health and then my other brothers health in decline she was not able to market the books as she wanted. So the several other Romance Novels that were ready for publishing never were shared with the world as she intended. Now we her family is pleased to be able to make Linda's dream come true and publish all her books one by one to the world. Her books spread from Historical Romances, Paranormal Romances, Time travel, Gothic and even a Romance with a Horror element. We hope all will enjoy them all Mom had a very original and creative mind. ---John Colwell and the Colwell Family
Do you remember the first story you ever read, and the impact it had on you?
I do not know the first books my mom read. However I know as a girl she loved the Little house series of books. As I grew up I know she read alot but some historical fiction like the John Jakes series, Victoria Holt was a big favorite of my moms as well.
Read more of this interview.

Where to find Linda Colwell online 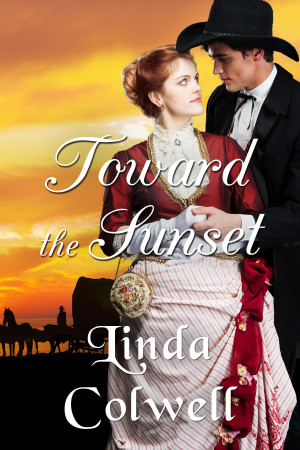 Toward the Sunset by Linda Colwell
Price: $2.99 USD. Words: 100,700. Language: English. Published: April 1, 2020. Categories: Fiction » Romance » Western, Fiction » Romance » Historical
Ms Trixie a successful brothel owner and a keen businesswoman for her time during the California Gold Rush falls for the wrong man who not only leaves Ms Trixie with a broken heart and less her uncle Roscoes Treasure map lifted after their last night together. Nothing could focus her rage more and she planned her unique revenge one soon this Gambler would never forget. 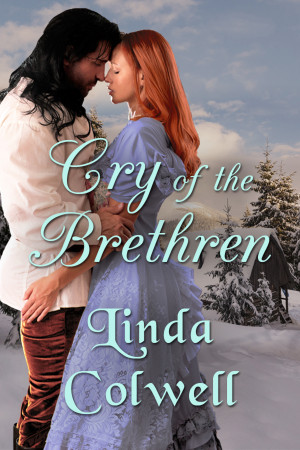 Cry of the Brethren by Linda Colwell
Price: $2.99 USD. Words: 80,640. Language: English. Published: June 13, 2018. Categories: Fiction » Romance » Historical, Fiction » Romance » Western
Jessamine Trent, brought up in a polygamous cult that exists on a small Island in Lake Michigan, is being forced to marry a repulsive older man who already has five wives. For his own reasons, the hero, Lucas Wakefield, kidnaps her during the ceremony. They escape over a frozen lake and the adventure begins.

You have subscribed to alerts for Linda Colwell.

You have been added to Linda Colwell's favorite list.

You can also sign-up to receive email notifications whenever Linda Colwell releases a new book.