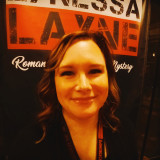 Lynessa Layne is a native Texan who grew up in the small town of Plantersville, home of the Texas Renaissance Festival. She’s a fan of cosplay, exploration, history, loves the beach, a great book, Jesus and America too (RIP Tom).

A military wife, she’s bounced around the US, including the settings in DCYE, currently landing in the heart of sweet home Alabama where she and her husband are raising their blended family.

Lynessa is a certified copy editor, a member of Mystery Writers of America, Tuscaloosa Writers and Illustrators Guild, Florida Writers Association, Alabama Writers Conclave and The Royal Society of Literature with work featured by Writer’s Digest and in Mystery and Suspense Magazine. She has also graced the cover of GEMS Godly Entrepreneurs & Marketers Magazine for her creative approach to marketing.

What is your writing process?
I write what I want to read, then edit the work to be published and shared with others who may also enjoy reading what I write.
Do you remember the first story you ever read, and the impact it had on you?
The first story I ever read was Number the Stars by Lois Lowry when I was in fourth grade. The story, while fictional, is based on true events and served as a foundation for budding hope and courage to stand up for a greater cause and that courage doesn't mean an absence of fear, it's pushing forward to do what's right while in the midst of fear.
Read more of this interview.

Where to find Lynessa Layne online 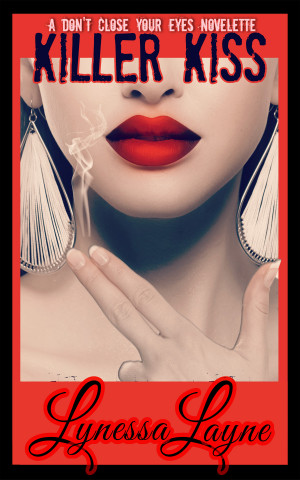 Killer Kiss by Lynessa Layne
Price: Free! Words: 14,550. Language: English. Published: March 16, 2022. Categories: Fiction » Mystery & detective » Short Stories, Fiction » Romance » Suspense
On my flight home, a handsome stranger generously upgraded my coach ticket to business class under the pretense we pretend to be married. No problem. How was I to know we were headed for the same destination - a murder mystery dinner where I'd have to make-out with someone who'd paid big bucks for seven minutes in heaven with me. Was he the guy I had to kiss? Or the killer? Maybe both?

You have subscribed to alerts for Lynessa Layne.

You have been added to Lynessa Layne's favorite list.

You can also sign-up to receive email notifications whenever Lynessa Layne releases a new book.