Mary Batten is an award-winning writer for television, film and publishing. Her many writing projects have taken her into tropical rainforests, astronomical observatories, scientific laboratories, and medical research centers.

Mary Batten was nominated for an Emmy for her work on the Children's Television Workshop's science series 3-2-1-CONTACT, and she has written some 50 nature documentaries for television series, including the syndicated WILD WILD WORLD OF ANIMALS (Time-Life Films) and others for National Geographic and Disney Educational Films.

She was editor of The Cousteau Society’s award-winning membership magazine, Calypso Log, for six years.

She was married to the late composer Ed Bland. They have two children: dancer/choreographer Stefanie Batten Bland and writer Robert Bland.

Why do you write nonfiction?
I like real world subjects. Nature/science subjects are particularly exciting because they take me into the wild, wild world of animals and plants. The things that happen in nature are often wilder than anything science writers imagine. For example, some species of fishes routinely change sex. Some plants, particularly orchids, use perfume, nectar, shapes, and colors to seduce insects into transporting their pollen. In the plant world, three isn't a crowd; it's a necessity. Without these complex relationships, plants could not reproduce. I like the beauty and complexity of the intricate interrelationships between animals and plants. I like biology because it is the science of who we are and how we evolved.
Where did you grow up, and how did this influence your writing?
I grew up on a farm in southeastern Virginia. This familiarity with the land, forests, streams, growing crops, and the seasons greatly influenced my writing. I look back on the farm as my first field stations.
Read more of this interview.

Where to find Mary Batten online 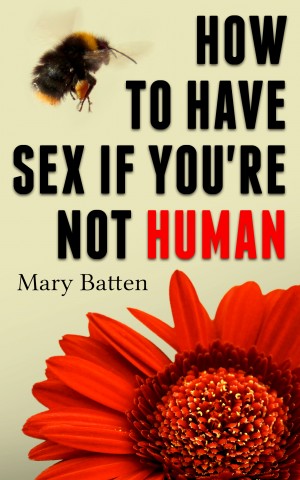 How To Have Sex If You're Not Human by Mary Batten
Price: $2.99 USD. Words: 32,650. Language: English. Published: December 5, 2011. Categories: Nonfiction » Science & Nature » Animals
Despite all our love songs and romantic fantasies, reproduction is the name of the game in biology. All forms of life are genetically programmed to reproduce. Nothing is off limits so long as it produces babies. Animals—plants, too—“do it” in wild, bizarre ways. Some reef fishes change sex. Plants trick pollinators into doing their sexual bidding. Everything strives to pass on its genes.

You have subscribed to Smashwords Alerts new release notifications for Mary Batten.

You have been added to Mary Batten's favorite list.

You can also sign-up to receive email notifications whenever Mary Batten releases a new book.