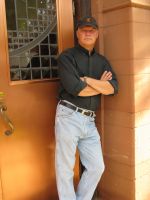 Hey, thanks for taking time to read about me. I'm the oldest of five children, born in St. Paul, Minnesota. I graduated from St. Thomas Academy and St. Norbert College with a degree in history. I've been a soldier, freelance journalist, tended bar, sold designer cakes, owned a painting and decorating company. If that doesn't offend you I play the bagpipes with the Brian Boru Irish Pipe Band. I live with my extremely patient wife in St. Paul, Minnesota and Dublin, Ireland. Again many thanks for your time.

Where to find Mike Faricy online 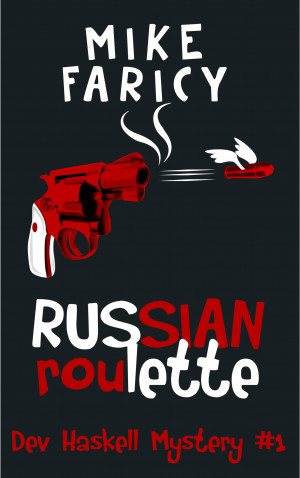 When dysfuntional private eye Dev Haskell stumbles into bed with a new client he has no idea he's actually sleeping with the Russian mob. Along the way he's shot, car bombed, beaten and used as a human shield. An engrossing, funny tale of intrigue, rank ineptitude and one night stands. Russian Roulette is a fast paced suspense thriller from Minnesota's master of the bizarre, Mike Faricy

You have subscribed to alerts for Mike Faricy.

You have been added to Mike Faricy's favorite list.

You can also sign-up to receive email notifications whenever Mike Faricy releases a new book.