Rena Corey holds an M.S. in Secondary Education from C.W. Post. For the past 28 years she has been the proprietor of Mrs. Hudson’s Fine Books and Paper, a service specializing in 19th century nonfiction, manuscripts, and ephemera, as well as antiques with unusual graphic interest. Sales are made to historical societies throughout the United States, academic institutions, and individual collectors and dealers. She has been active in the Thomas Wolfe Society as both board member and literary contributor and the Wappingers Historical Society as an archivist. 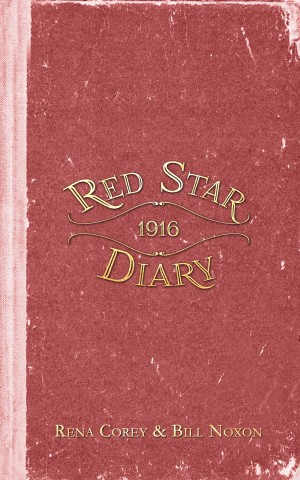 The Red Star Diary of 1916 by Rena Corey & BIll Noxon
Price: $4.99 USD. Words: 10,910. Language: English. Published: February 16, 2015. Categories: Nonfiction » Biography » Personal memoir
This extraordinary work pulls directly from a diary discovered in a flea market in the 1990s. Rena Corey painstakingly tracked down the details of the young man whose diary she obtained, not even knowing his identity until well into her search: Bill Noxon. Intertwining Bill’s own words with her discoveries about his life, Ms. Corey paints a complete picture of this young man.

You have subscribed to alerts for Rena Corey.

You have been added to Rena Corey's favorite list.

You can also sign-up to receive email notifications whenever Rena Corey releases a new book.