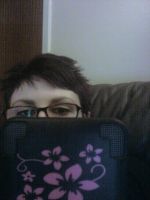 Hi, My name is Leanne Bell, I'm 24 and I live in Canterbury, UK. I work in customers services and I love to read and review books on pretty much anything.
It doesn't matter whether they are books I've chosen myself or been requested by an author, I will always write honest reviews on my blog but I am never mean or nasty. There is always something to like about a book.

Thats it about me really, oh, and I really like chocolate and hate balloons!

Where to find Leanne Bell online

You have subscribed to alerts for Leanne Bell.

You have been added to Leanne Bell's favorite list.

You can also sign-up to receive email notifications whenever Leanne Bell releases a new book.