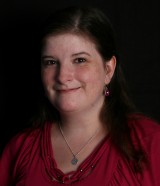 Mara Valderran is an author of young adult and new adult books, but she's more than just a madwoman with a writing box. She is an avid reader and fan of all things sci-fi and fantasy. She loves roller skating and movies, though typically not together. She lives in Las Vegas with her husband and demanding cat. She hopes to one day meet Daniel Jackson from SG1, or at least the actor who played him. When she’s not writing, you can find her reading, playing video games, or counting down the days until DragonCon.

Where to find Mara Valderran online

Heirs of War Series Trailer
When seventeen year-old Zelene finds herself thrust into a world of magic and prophecy, she discovers fighting destiny might not be the toughest battle she has to face. Now she must join with three other girls, complete strangers linked only by blood relation, to fight a war they know nothing of and rescue the twin sister she's never met.

Heirs of War by Mara Valderran 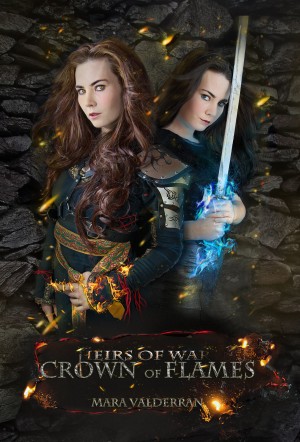 Heirs of War, Crown of Flames by Mara Valderran
Series: Heirs of War, Book Two. Price: $2.99 USD. Words: 127,730. Language: English. Published: October 13, 2014. Categories: Fiction » Fantasy » General
Weeks have passed since Ariana and Alec escaped from Kellen's dungeon, but danger isn't far behind them. Back in Anscombe, Zelene has grown tired of waiting for the Duillaine to help her twin. But Zelene’s plans go awry when she finds herself with a new ability, a mysterious new friend, and more enemies within the walls of Anscombe than she thought.

You have subscribed to alerts for Mara Valderran.

You have been added to Mara Valderran's favorite list.

You can also sign-up to receive email notifications whenever Mara Valderran releases a new book.