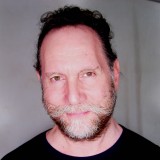 Marco D’Anna is a philosopher and technical designer on a mission to accelerate our natural evolutionary transition to a predator free society. As founder of the nonprofit think tank True Freedom Technologies, Marco’s first mission objective was to identify the primary factor responsible for the most preventable suffering and death throughout the evolutionary development of our species. After identifying the primary factor, Marco’s second objective was to design a social economic structure and integrated technical solution capable of eliminating this root cause at its source. Marco is also the author of Breaking the Chains of Capitalism, An Evolutionary Journey to True Freedom, a revolutionary new book providing a comprehensive solution capable of ending the predatory evolution of our species and providing universal peace and prosperity at an exponential rate of expansion.

What's the story behind your latest book?
Well as much as a nonfiction book can have a story. This story begins with the creation or migration of life on or to our planet. As our fossil records show there were many forms of life all competing for predatory dominance. There are many plots and twists to this story that have played out over billions of years. The competing life forms in this story all had a singular objective to stay alive long enough to reproduce and prevent the extinction of their species. Most competing life forms will not succeed and only the ones with the best offensive and or defensive predatory adaptations will get to stay in this game. All of us competing life forms are very much like unwitting actors naturally following a script we had no control over. Just following our predatory survival instincts encoded in our genetic memory without the ability to intellectually comprehend our existence.

This story really starts to get interesting only during the last few seconds when our species broke all the rules of the game by developing a new survival trait (Intelligence). Using this extraordinary survival trait we started dominating all other competing life forms. We humans have won this game. The prize is ours. But this is not the end of the story, in fact we humans are just about to break the rules again and start a whole new chapter and the best part is yet to come. Want to know a secret? Our species is about to make the most extraordinary evolutionary transition. We are about to take control of our intellectual evolutionary development and bring an end to the predatory evolution of our species. We humans will no longer compete against one another for our survival like lower life forms must do. We will become the first known species to break the control of our hardwired survival instincts for predatory domination and construct advanced societies free of social economic conflicts. My favorite part of the story is when we humans realize we have the power to take control of our evolutionary development and bring an end to all mindless conflicts for survival. From the distant past to the near future, this is a story I want to be part of.
What motivated you to become an indie author?
It was after a discovery process identified the primary factor responsible for the most preventable suffering and death throughout the evolutionary development of our species when I felt I must shear this knowledge with the world. It became clear that writing a book and starting a non-profit organization to implement its solutions would be the best way to go. For many years I’ve watched needless preventable tragedies taking place every day all over the world. Like so many others I feel compelled to offer my creative and intellectual skills to help reduce the needless suffering and death of our species. But I was not satisfied treating a symptom, I wanted to eliminate the cause at the source and end the predatory evolution of our species. No more messing around the time to act is now. I know it’s not your average motivation to become an author, but it’s a good one.
Read more of this interview.

Where to find Marco D'Anna online 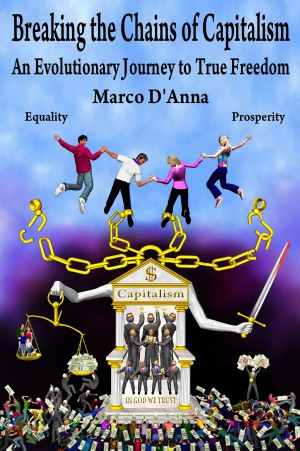 Breaking the Chains of Capitalism, An Evolutionary Journey to True Freedom (Color) by Marco D'Anna
Price: Free! Words: 155,420. Language: English. Published: December 1, 2015. Categories: Nonfiction » Social Science » Human Services, Nonfiction » Engineering, trades, & technology » Automation
This book offers for consideration an integrated social economic structure and technical solution capable of ending the predatory evolution of our species. This book also explains the primary factor responsible for the most preventable suffering and death throughout the evolutionary development of our species and how to correct this dysfunction at its source.

You have subscribed to alerts for Marco D'Anna.

You have been added to Marco D'Anna's favorite list.

You can also sign-up to receive email notifications whenever Marco D'Anna releases a new book.