Mario Acevedo is the author of the bestselling Felix Gomez detective-vampire series, which includes Rescue From Planet Pleasure from WordFire Press. His debut novel, The Nymphos of Rocky Flats, was chosen by Barnes & Noble as one of the best Paranormal Fantasy Novels of the Decade and was a finalist for a Colorado Book Award. He contributed two stories for the award-winning horror anthology, Nightmares Unhinged, by Hex Publishing. His novel, Good Money Gone, co-authored with Richard Kilborn, won a best novel 2014 International Latino Book Award. Mario lives and writes in Denver, Colorado.

Where to find Mario Acevedo online 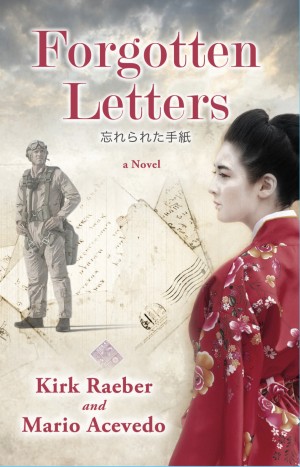 Forgotten Letters by Kirk Raeber & Mario Acevedo
Price: $4.95 USD. Words: 94,020. Language: English. Published: June 29, 2016. Categories: Fiction » Romance » Historical
A trove of forgotten letters reveals a love that defied a world war. In 1924, eight-year old Robert Campbell accompanies his missionary parents to Japan where he befriends a young Makiko Asakawa. Robert enjoys his life there, but the dark tides of war are rising, and it won’t be long before foreigners are forced to leave Japan.

You have subscribed to alerts for Mario Acevedo.

You have been added to Mario Acevedo's favorite list.

You can also sign-up to receive email notifications whenever Mario Acevedo releases a new book.