The story in his books show how determination helps to take ownership of a problem. Coupling this with hard work and facing your fears, helps find a solution to a problem, while enabling you to make new friends and enjoy unique experiences along the way.

Mark grew up in South Africa, attending boarding school at Jeppe high school for boys. Later in life he moved to the UK for 14 years, before finally settling in sunny Australia.

Mark holds a black belt in Wado-ryu karate, one of four traditional styles from Japan that incorporates both karate and jiujitsu. He has also dabbled in other styles like Goju-ryu and Shuai Jiao (traditional Chinese wrestling). Like his main character, Mark himself has used his training to overcome some very difficult experiences in his life, including a near fatal car crash which left him partially paralyzed.

His writing began when his children asked ‘tell us a made-up story, Dad!’ This became a regular bedtime story request, so he began writing during work lunch breaks to keep up with their demand. His goal was always to remove the stresses of their day by stimulating their imagination and transporting them to entirely new and exciting worlds, while encouraging determination and self-confidence.

Mark's was an avid reader and his writing was influenced by the likes of Enid Blyton's "Secret Seven" and "Famous Five" series' when he was a young boy. His father instilled a love of the outdoors in him from a young age, enjoying camping and fishing, as well as the lure of the wild, open spaces in Namibia as he grew into his teenage years. Mark's adult reading enjoyed the fast-paced action and intrigue of Wilbur Smith and Geoffrey Jenkins. He has always been drawn to outdoor adventures in far flung places, so it is no surprise that his own children's books follow a similar pattern.

Mark is a member of the Australian Society of Authors and the Children's Book Council of Australia.

Mark has a desire to encourage reading in middle grade children, encouraging their imaginations to find the same enjoyment in action adventure stories that he enjoyed as a young boy. He firmly believes that prolific reading when growing up has immensely improved his vocabulary and command of the English language, and he wishes to encourage children to do the same.

His first book in the Goringas series encourages imaginative thought, confidence and self-esteem through relatable characters and all-too-familiar bullying scenarios.

Where to find Mark Lancaster online

Gorinjas - tweens action adventure
When you’re a young gorilla who has an unusual patch of white fur, fitting in can be tough. But when you meet a jungle legend of martial arts, things get very interesting. Follow gorillas Gonga and Jemma through a fast-paced action adventure full of danger, secret tunnels, jungle dojos, underground surfing and valuable life lessons. But will their secret training be enough? Are they really prepared for anything? 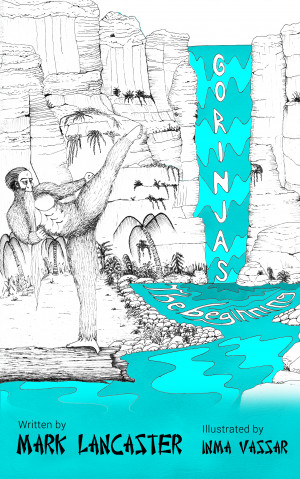 You have subscribed to alerts for Mark Lancaster.

You have been added to Mark Lancaster's favorite list.

You can also sign-up to receive email notifications whenever Mark Lancaster releases a new book.