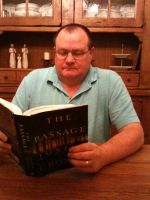 Mark Paul Jacobs lives in lovely Dauphin, Pennsylvania. He enjoys fishing the Canadian north, poker, and annoying his wife. He has authored two novels: How Teddy Roosevelt Slew the last Mighty T-Rex, a Historical Science Fiction tale set in 1914, and the hard science fiction novel: The Yaakmen of Tyrie, a powerful and mysterious tale of bravery, loss, perseverance, betrayal, and redemption. He is also quite proud of his awe-inspiring short story: The Day God Winked and his chilling novelette with the provocative title: The Watchers from within Moments Revealed, an almost universally well reviewed work for which he has written a screenplay suitable for an ‘Outer Limits’ episode. These and several other works are available through Amazon, Barnes & Noble, Apple, Sony, and Smashwords.com. How Teddy Roosevelt Slew the last Mighty T-Rex and The Yaakmen of Tyrie is available in paperback via Createspace.com. Mark is working on a movie screenplay tentatively called Stain which is a gritty murder conspiracy based in Central Pennsylvania similar to the movie ‘Fargo’ or ‘Reservoir Dogs’. Please enjoy his works and don’t be afraid to tell him what you think on his Facebook page, twitter account, or by email. And lastly, please take the time to leave him a review of his work; it doesn’t have to be long or long-winded, but it does make him feel that his hard word has touched someone’s life in some way. You can leave a review wherever his books are available.

Where to find Mark Jacobs online 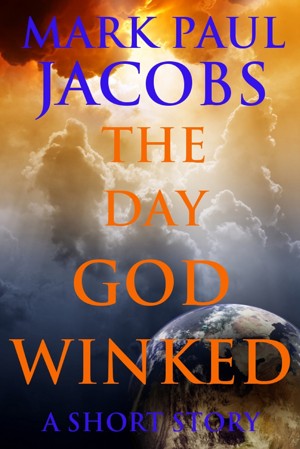 Every human on earth would remember exactly where they were on the day everything changed. Like Pearl Harbor or JFK’s assassination or September 11th, 2001, The Day was firmly anchored in everyone’s conscience— sometimes clear, sometimes confusing and ultimately unfathomable. But for one troubled man, The Day meant so much more. Warning for strong language and depictions of drug use. 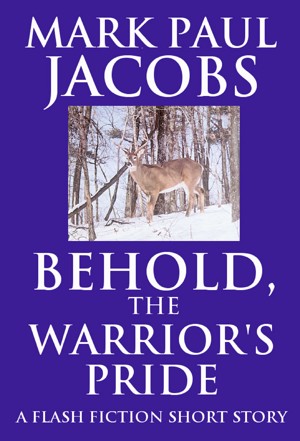 The king’s most loyal warrior has mercifully survived thirty-six years of brutal service. To reward him for his unyielding dedication, the grateful monarch grants him permanent leave, a parcel of farmland and prized livestock. Freed from his duties, he struggles within his own troubled soul to allow himself final peace. A Flash fiction (1000 word) short story. 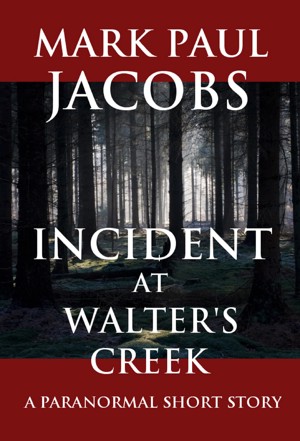 What really happened on that remote Tennessee farmstead on a chilly fall night in 1828? Sixteen years later, Zacharias Neil, Andrew Jackson Thomkins, and Zack’s little brother, Aaron, are determined to find out. An eerie tale of paranormal terror. Warning for mild language and strong dialect. 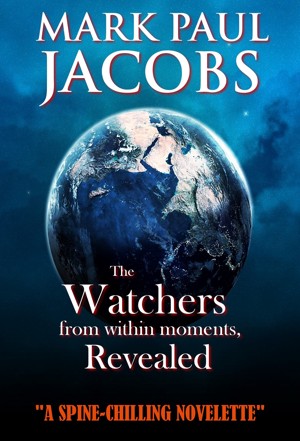 Jim Vedder, chief engineer at California’s FastTech Corporation, has developed the world’s fastest camera. But exploring the bizarre universe of the super fast, soon uncovers horrific entities that captivate the world’s consciousness. And FastTech is quickly, and somewhat unwillingly drawn into a quagmire of politics, fate, and the unforgiving press. 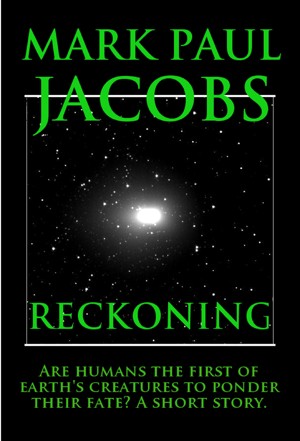 Humans have evolved to their present form in a few million years. And they have risen to prominence in just a few thousand; a mere speck in earth’s unfathomable timeline. Are we the first to gaze into the heavens contemplating our fate? Here, I present a short tale pondering the shortcomings of sentience. Once upon a time, sixty-five million two hundred and forty-two thousand years ago...

You have subscribed to alerts for Mark Jacobs.

You have been added to Mark Jacobs's favorite list.

You can also sign-up to receive email notifications whenever Mark Jacobs releases a new book.