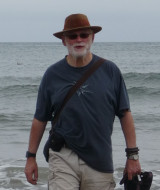 Yorkshire born, in Sheffield, now living in Rotherham.
Married to Anne, and living in a quirky house with a lot of stairs and an enormous amount of books.

Started writing more years ago than I want to remember, inspired by Ian Fleming, John Buchan, Alistair Maclean and Jack Higgins. Working in longhand, by typewriter and then with an old laptop and a printer. “One day I’m going to write a novel” arrived and in August 2002 became “Today’s the day!" A beginning, an end and the urge to write. The result was ICELINE, a thriller about abduction, smuggling and dodgy diving in Western Scotland.

CONTROL:ESCAPE is the second novel about Steel and the characters at The Grange, revealing more of the place and the people who pass through its doors. Both now published here at Smashwords. There will be more!

WHAT YOU ASK FOR was the Nanowrimo entry for 2012; reaching the 50,000 word target in 29 days and carrying on to finish the story. Currently undergoing proof-reading and editing prior to submitting it for the Premium catalogue here at Smashwords.

The fourth novel in The Grange series THE OBEDIENCE OF FOOLS draws its name from a quotation by Douglas Bader and weaves its way around the Urban myth of the Strategic Steam Reserve.

Fascinated by the human stories behind history, the intmate aspects of great events. Myths and legends, folklore and intrigued by urban myths.

I enjoy a film with a good story, Matrix (all three parts), V for Vendetta – the final scene outside parliament with the masked crowds; Dambusters; Where Eagles Dare – Richard Burton on the radio with “Broadsword calling Danny Boy”

What is the greatest joy of writing for you?
Sharing the experience of my characters and how they deal with the situations they face. The opportunity to escape through a door to somewhere new and explore ideas without boundaries. To take the strangest thing you can imagine and then play with it through the characters.
How do you discover the ebooks you read?
I usually start with a title, I tend to be looking for something and then allow myself to be distracted. I enjoy the late 19th and early 20th century thrillers and adventures so Project Gutenberg is a popular site, and recommendations from friends, suggestions from websites, (I have found some great writing here at smashwords), bloggers. A prompt from almost anywhere.
Read more of this interview.

Where to find Martyn Taylor online

The Grange by Martyn Taylor
..An old country house, comfortable with its history, estate and secrets; old and new; some to be unfolded and others - never to be told? The people who live, work and visit; guests who cross the threshold through the iron bound oak doors, and the others, who slip quietly in and out by another way, adding their secrets to the history already soaked into the ancient walls. 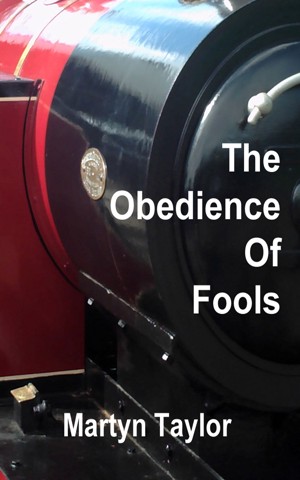 The Obedience of Fools by Martyn Taylor
Series: The Grange. Price: $5.00 USD. Words: 108,930. Language: British English. Published: November 4, 2013. Categories: Fiction » Thriller & suspense » General, Fiction » Mystery & detective » General
NaNoWriMo 2013 book. Last updated 2013-11-27 16:53:48
Goal reached!
A secret long hidden, the record tucked away in a notebook, and someone thinks that it is the key to a valuable commodity. Hidden away, spirited away when steam disappeared and diesels took command of the rails. Alfred Burke knows the details and they are valuable, in his head or encrypted into his notebook is irrelevant. There are those who want them 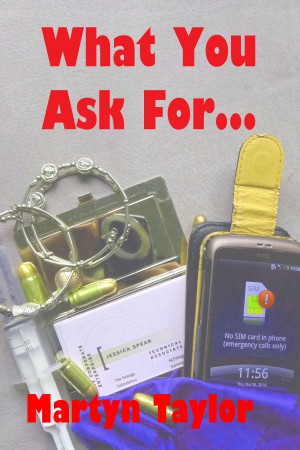 What You Ask For by Martyn Taylor
Series: The Grange. Price: $5.00 USD. Words: 83,960. Language: British English. Published: November 2, 2012. Categories: Fiction » Thriller & suspense » Action & suspense, Fiction » Mystery & detective » General
(5.00 from 1 review)
NaNoWriMo 2012 book. Last updated 2012-11-29 15:16:09
Goal reached!
A bit of tomfoolery on a hot summer afternoon, an uploaded video and an opportunity to apply pressure. Jessica was Michael Spear's weak spot and pressure was applied. There was more to this than meets the eye, who was the real target, Michael or Jessica, and why? Questions need answers and Steel and Josie Burke are in the vanguard of finding answers. 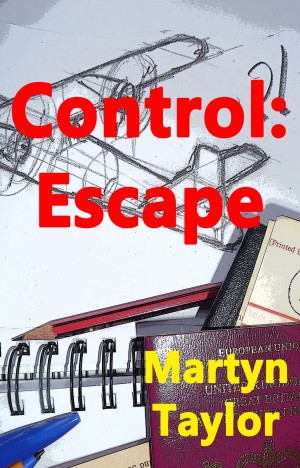 More than ten years had passed since Steve Arkwright jumped the firewall and found himself staring at a bleak future. The men in suits knocked on his door gave him a choice and with only one answer. Sign here and you are ours. He had chosen the gilded cage instead of the prison cell, but every cage has bars and when the gilding wears off, the bars are still there. Now he wants out! 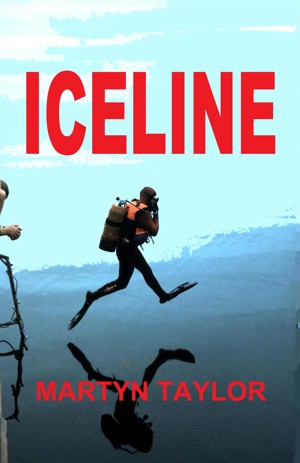 Iceline by Martyn Taylor
Series: The Grange. Price: Free! Words: 106,780. Language: British English. Published: August 18, 2012. Categories: Fiction » Thriller & suspense » Action & suspense, Fiction » Mystery & detective » Traditional British
Smuggling, skulduggery and scuba diving in Scotland. Steel disappeared and turned up weeks later bruised, bloody and alive, dumped high in the mountains. Relief is mixed with anger, confusion and a determination to uncover what he had stumbled upon. He had crossed a line, not his own, this time the line was his, and he was ready for whatever stepped over it.

You have subscribed to alerts for Martyn Taylor.

You have been added to Martyn Taylor's favorite list.

You can also sign-up to receive email notifications whenever Martyn Taylor releases a new book.