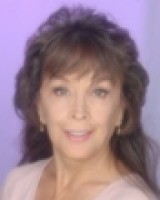 Mary Deal writes suspense/thrillers, has a collection of zany short stories and nonfiction references for authors. She is an Eric Hoffer Book Award winner and Pushcart Prize nominee. A thriller and a writing reference were Finalists in the National Indie Excellence Book Awards. Her Suspense /thrillers have won a Bronze and a Silver in the Global Ebook Awards. She writes from her island home in Honolulu, Hawaii. She is a former Associate and Contributing Editor of a print magazine and columnist for the local newspaper on Kauai. Her website, http://www.writeanygenre.com, is a valuable resource for writers.

Describe your desk
Doc said “No more 15 hour days sitting at your PC. You’re exacerbating your back injury.” So with my move and downsizing, I purchased a stand up desk. Now I work vertical with a padded mat underfoot. This upright desk, as opposed to my former expansive L-shaped desk, offers little room for clutter and I must utilize a side table for my printer and reference books. I sometimes become animated when writing, working out the gestalt of my characters' dialogues and movements. It’s easier standing up. I feel on the verge of taking off, ready for anything. I even type faster. Most of all, my lumbar has stopped hurting.
Where did you grow up, and how did this influence your writing?
I grew up in a rural farm area, cut off from town. Dad worked sun up to sun down; Mom didn’t drive. As a child I had no access to libraries and such so didn’t read much As I grew older, I began to read a lot of the older writers like Hemingway and Steinbeck. They are only two I read among many, but it was Hemingway’s "The Old Man and the Sea" that influenced my first novel, "The Tropics." Yet, this nonconformist does not ascribe to a certain influential writing style. Writing a great story is my ultimate goal.

Once I had two stories ideas that simply wouldn’t jell. When I attended a class reunion in my childhood hometown area of California’s Sacramento River Delta, not only did I find a locale for a story, but the two plots crashed together into one big book that has won two major awards. That book is River Bones, which has a sequel out almost ready to go to paperback, with another sequel on the way. Though the setting changes in each sequel, the River Delta is home base for the characters.
Read more of this interview.

Where to find Mary Deal online

You have subscribed to alerts for Mary Deal.

You have been added to Mary Deal's favorite list.

You can also sign-up to receive email notifications whenever Mary Deal releases a new book.