Mary Hanford Bruce's poems and stories have been published in the United States, Brussels, Israel, Cameroon and Zimbabwe. The second edition of her poetry collection, Holding to the Light, was released early in 2003. Dr. Sally's Voodoo Man is her first novel, inspired in part by her two years as a Fulbright Scholar in Cameroon. The award-winning poet is Professor of English at Monmouth College, Illinois where she teaches Creative Writing. She has two more Dr. Sally adventures in the works:

She is nearing completing of a nonfiction work, I Remember Germany. This is how she introdues that work, which is of high post-World War II historical interest:

I Remember Germany when the buildings were rubble, the country split by four nations and both conquerors and conquered hungry. Yet, as a ten-year-old thrust into post-war wrangling over the assets of Alfried Krupp, Hitler’s financier, I was hungry for understanding, not food. For two fateful years I played in Villa Hugel, Krupp’s palace, where the allies had offices, so was “the fly on the wall” during international decision-making. As I played Jacks in the Great Hall, I sensed confusion and evil underlying smooth diplomatic surfaces. When the mission crumbled because of a desperate move by our government to mitigate Cold War threat, I felt sad but not surprised.

The author was born in Washington, DC and brought up in Europe and the Southwestern United States.

Dr. Sally's Voodoo Man and Holding to the Light are available in e-book editions at Smashwords. 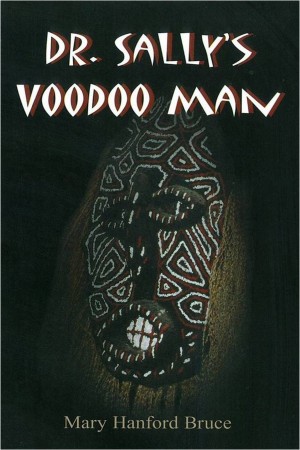 Dr. Sally's Voodoo Man by Mary Hanford Bruce
Price: $4.99 USD. Words: 66,180. Language: English. Published: October 27, 2010 by UCS PRESS. Categories: Fiction » Romance » General
Dr. Sally retreats to Cameroon, Africa on a Fulbright scholarship to escape her past and find meaning in life. She falls under the spell of Dr. Ibo, who consumes her thoughts, actions and desire. When she realizes she's an unwitting tool in the planned assassination of President Biya, she must escape from Ibo, elude authorities searching for her, and find a way out of Cameroon to save her life. 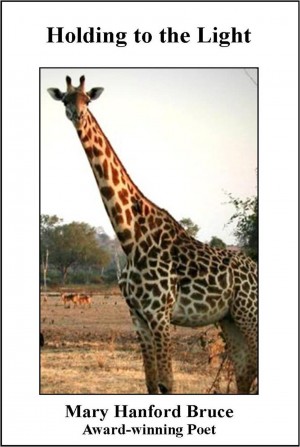 Holding to the Light by Mary Hanford Bruce
Price: $2.99 USD. Words: 7,540. Language: English. Published: October 27, 2010 by UCS PRESS. Categories: Fiction » Anthologies » Poetry - single author
Award-winning poet Mary Hanford Bruce explores her awakening consciousness and shares her pain and insights she experienced both in the United States and in the Third World. The original print edition was published after her two years as a Fulbright Scholar in Cameroon, Africa. She is known for her ability to say much in a few words, whether it is showing sorrow, lonliness, pain or wonderment.

You have subscribed to alerts for Mary Hanford Bruce.

You have been added to Mary Hanford Bruce's favorite list.

You can also sign-up to receive email notifications whenever Mary Hanford Bruce releases a new book.