Mary Waldmann’s career included serving as vice-president for media relations at a major Los Angeles public relations firm and a stint as Public Affairs Director and media spokesperson for the U.S. Department of Commerce. As president of Waldmann and Company, she trained numerous business leaders and government officials to be effective in media interviews. She is also the mother of three grown children and has also written about parenting in "Six-Word Lessons for Intentional Parenting".

Why did you write "Six-Word Lessons on Winning With Today's Media"?
So many people--business owners and executives, organization and community leaders, political candidates--could benefit from talking to the news media but don't. Others don't do it well. If you have a business, project or community cause, the news media can be the most efficient and cost-effective way to reach an audience. People don't do it because they don't have the skills, or they lack confidence. This book was written for them.
What's your background in media relations? How do you know this stuff?
I was lucky enough to do some things at a relatively young age that garnered me media experience early on. Professionally, I began doing campaign management and political media relations, including being the primary spokesman for a statewide campaign in California. From there I became the Vice President for Media Relations at Deaver & Hannaford, a major public relations firm in Los Angeles, where I handled media for a wide variety of clients. Later, I served as Director of Public Affairs and media spokesman for the U. S. Department of Commerce, with its 14 separate and diverse agencies. Eventually, I started Waldmann & Company, specializing in speech and news media communications training. So I've both been on the firing line myself and also trained hundreds of individuals in how to communicate more effectively.
Read more of this interview.

Where to find Mary online 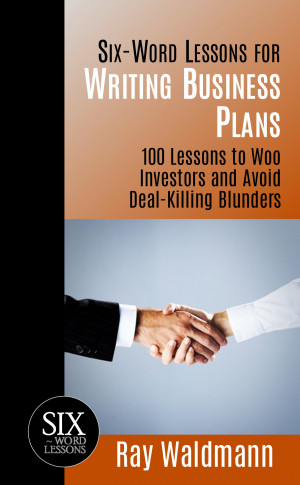 Six-Word Lessons for Writing Business Plans: 100 Lessons to Woo Investors and Avoid Deal-Killing Blunders by Ray Waldmann
Price: $8.99 USD. Words: 7,380. Language: English. Published: October 29, 2015 by Mary. Categories: Nonfiction » Business & Economics » Starting up
100 lessons to help you avoid mistakes and write business plans that impress investors. This book, Six-Word Lessons for Writing Business Plans goes beyond the other books and tells you in 100 brief lessons what issues to address and, more important, what mistakes to avoid. It will serve as a handy checklist to make any Business Plan better. 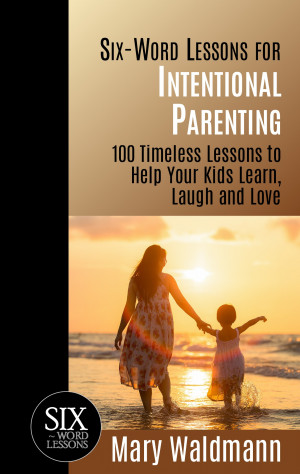 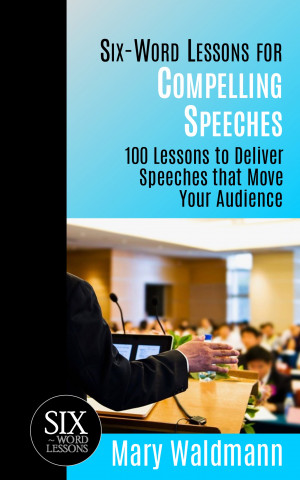 Six-Word Lessons for Compelling Speeches: 100 Lessons to Deliver Speeches that Move Your Audiences by Mary
Price: $8.99 USD. Words: 6,100. Language: English. Published: July 29, 2014. Categories: Nonfiction » Business & Economics » Business communication / meetings & presentations
Six-Word Lessons for Compelling Speeches gives you 100 lessons to make you an effective and interesting speaker, whether you’re representing an organization or yourself. You can be engaging, entertaining and even have fun doing it. This book has all the tools you need to communicate a compelling message that will change and move your audience to action. 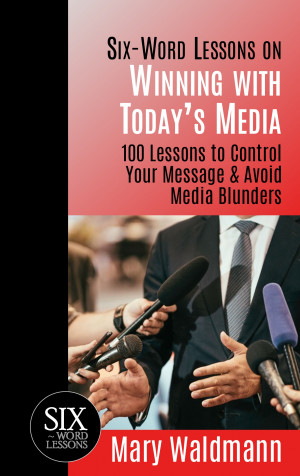 Six-Word Lessons on Winning with Today's Media: 100 Lessons to Control Your Message & Avoid Media Blunders by Mary
Price: $8.99 USD. Words: 6,850. Language: English. Published: June 20, 2014. Categories: Nonfiction » Business & Economics » Public relations
Become an effective media spokesperson for your business, organization or community group. Six-Word Lessons on Winning with Today’s Media gives you 100 simple and practical insider tips for working professionally with reporters and other interviewers, and making sure your message is communicated effectively, whether in print, radio or television.

You have subscribed to alerts for Mary.

You can also sign-up to receive email notifications whenever Mary releases a new book.