Mason Weaver is changing the way people think about how they do business; how they interact with their families, friends and the world. He has been training, educating, teaching and reaching thousands with his messages of hope for the future and empowering individuals with the tools they need to become the driving forces for positive change.

As president of Mason Media, Mason Weavers “Seven Principles to Success” are:

Wisdom comes not from the journey, but from the experiences along the way.

If you compromise on your principles you have none.

Truth is eternal and unchangeable and does not submit itself to the thoughts, hope or actions of man.

Mason's distinctive point of view is a direct result of a past tragedy that has produced a present day triumph After approximately 2800 pounds of steel and iron plates fell on him, while on active naval duty in San Diego, California, the Navy classified him disabled and discharged him.

Mason found himself unskilled and disabled. He had to discover a new way of earning a living. After graduation from UC Berkeley with a degree in Political Science, he won a position with the US Department of Energy against 2,400 applicants for four job openings. Between 1976 and 1980 he was promoted from an entry level employee to a Mid Level Senior Contract Specialist with a "Confidential Security Clearance". He negotiated many multi-million dollar government contracts with major contractors, including TRW, General Dynamics, and General Electric.

In 1980 Mason resigned to become an entrepreneur, forming a private consulting company to assist businesses in obtaining and administering government contracts. He has consulted with many multi-national companies on government and political issues. But Mason Weaver had to learn how to earn income, how business was achieved and how to teach others.

Mason has been the national and regional spokesperson for many groups and organizations. He is a noted conference speaker and guest lecture. Mason Weaver has appeared on national TV, cable and news programs. He is often contacted by national news organizations to comment on breaking stories.

Mason hosted a live call in radio program and wrote a weekly column on social and political issues. He soon became a sought after public speaker and lecturer. Mason is gifted with an extraordinary view of government and business.

Mason Weaver is the author of It's OK to Leave the Plantation, The Rope, Diamond in the Rough, and Polishing the Diamond in the Rough which discusses the social issues that affect us all and that bind us together. Noted for his quick wit, vigorous debate and forceful oratory, Mason is a challenge to the opposition and an instructive persuasive counselor to allies.

Where to find Clarence Mason online 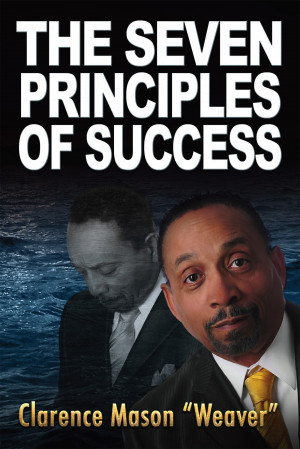 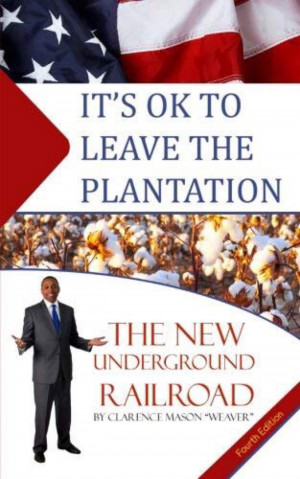 If we do not tell then they will not know. If we do not lead them, they will not go. Instead of complaining about how the white man has us down, when are we going to stop whining and start progressing? We have accomplished a great deal in America since slavery and we should highlight them. Instead of whining, let's give our children hope by pointing out the endless possibilities. 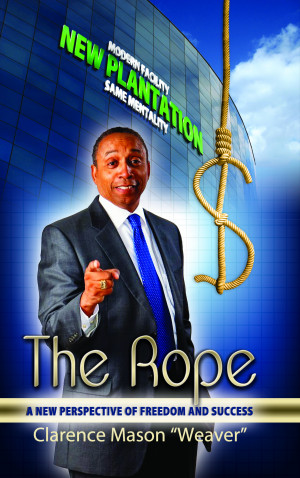 The Rope by Clarence Mason
Price: $2.99 USD. Words: 12,500. Language: English. Published: December 7, 2011. Categories: Nonfiction » Self-improvement » Motivation & inspiration
Are you seeking freedom from your situation in life or seeking to be more comfortable in that situation? You must decide if you are going to be a prisoner or a slave. A prisoner is trying to escape the situation and a slave wants the best position. You cannot mix prisoners and slaves, that's why it is so important to know the difference. Read "The Rope" to help you decide. 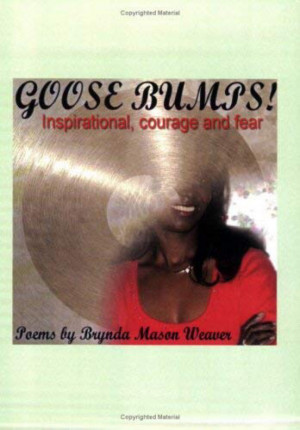 Goose Bumps, Inspiration, courage and fear by Clarence Mason
Price: $1.99 USD. Words: 7,170. Language: English. Published: May 30, 2011. Categories: Poetry » Contemporary Poetry
Brynda had seen cancer take her mother, aunt and cousins. She had noticed a pattern of the oldest daughter then the youngest. Her mother and aunt, cousins and now she had seen her oldest sister taken. Brynda was the youngest, she would be next. She felt like her family was under direct attack. Instead of living her life in fear, she decided to expect it, prepare for it and conqure it. 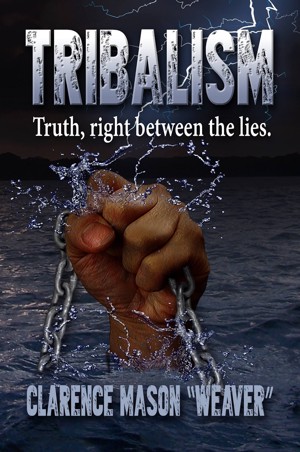 A Black Gang member robs a store and is shot in this mysterious field call The Pass. He wakes up to find himself 150 years back in history during slavery. He has been shot by slavehunters escaping the plantation. He remembers the future and realized how much he has lost. He is now a slave and helpless. He has no control and no hope. The lessons Jordan learns could lead him back to freedom.

You have subscribed to alerts for Clarence Mason.

You have been added to Clarence Mason's favorite list.

You can also sign-up to receive email notifications whenever Clarence Mason releases a new book.