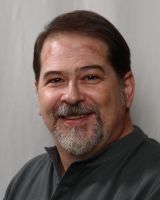 Born in Ottawa, fifty-two years ago, I have been the owner of a used bookstore I opened in Ontario, since 1990. I have been writing since I was ten. Beginning with poetry, I quickly moved on to short stories and non-fiction pieces. I stayed in that format for many years, eventually self-publishing a franchise manual, as well as a variety of booklets.
Having semi-retired from the bookstore, I embarked on the project of writing my first serious novel, which I expanded to a four-book series after discovering an incredible mystery hidden within a French author's books.
My interests are eclectic. I like Quantum Physics,Cosmology, history, archaeology, science in general, mechanics, free power, recycling and re-use. I'm a good handyman and can usually fix just about anything. I'm good with computers. I love movies, both good and bad, preferring action and war movies. I can draw and paint fairly well but am so obsessed with perspective and light that I cannot think of much else. I am too detail-oriented.
I have been around books all my life. In my mid-forties, I decided to focus on writing as my future job. It took me five years to learn the trade. Now I know how fast I can write and how to develop my story and characters. I always wage an internal war to decide if my next story is going to be a mild mystery or a big stake epic. So far the big stakes are winning

What are you working on next?
I just finished 'The Vostok Juncture'. It has a planned release for Jan 2014. It's an action/murder mystery, set in Vostok Station, Antarctica. A bobsled run of a story, it grabs you from the first sentence. It lets go on the last. My next planned project will be 'The AntiCorp', a story following a man intent on destroying corporations and the corporation attempts to stop him. It will be an action story.
What is your writing process?
I start out by writing a story outline, which gets expanded into a fairly detailed synopsis. This is also a time of research, aimed at obtaining a good understanding of the story background. Basing myself on the outline, I write the first draft. It is the creative part of the process so any research is offset until second draft. Second draft gives me the first chance to review story for plot holes and basic character mistakes. I also plug in whatever research is missing. After that, the editing process starts. It is rigorous, often taking longer than the writing of the novel.
Read more of this interview.

Where to find Matt Chatelain online

The Caves of Etretat by Matt Chatelain

The Caves of Etretat: Part One of Four
Price: Free! 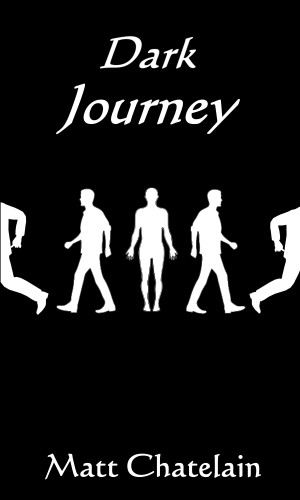 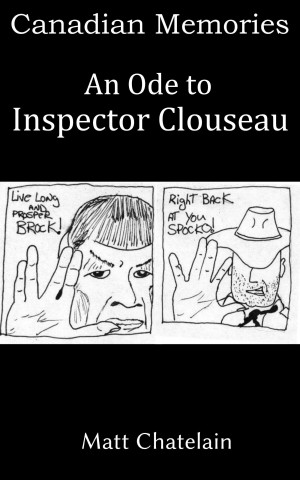 Canadian Memories - An Ode to Inspector Clouseau by Matt Chatelain
Price: $0.99 USD. (Free!) Words: 21,260. Language: English. Published: April 20, 2019. Categories: Nonfiction » Biography » Autobiographies & Memoirs, Nonfiction » Entertainment » Humor & satire
This is a humorous biographical essay following the development of my bizarre sense of humor through an examination of my literary achievements, such as they are. It is an addendum to my Canadian Memories story collection, intended to give a context for the humor focus of my memories by laying the blame squarely on Inspector Clouseau. It's not my fault, it's his. 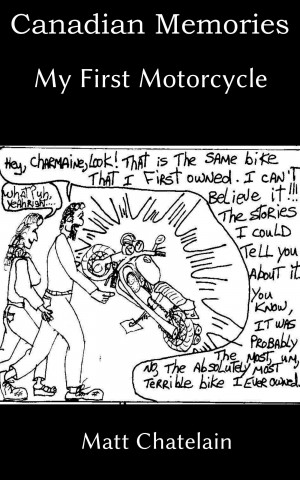 Canadian Memories - My First Motorcycle by Matt Chatelain
Price: $0.99 USD. Words: 9,640. Language: English. Published: March 25, 2019. Categories: Nonfiction » Biography » Personal memoir, Nonfiction » Entertainment » Humor & satire
My first motorcycle story embodies all manner of mishaps, idiocies, and notable events which happened during the two years that I owned a Kawasaki 350cc triple. It's hard to believe so many stupid things can have happened to me but they did. Even better, I survived, so now you can benefit from my (in)experience. 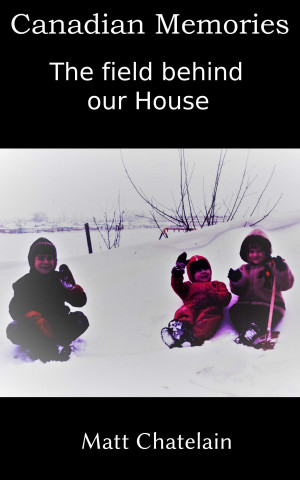 Canadian Memories - The Field Behind Our House by Matt Chatelain
Price: $0.99 USD. (Free!) Words: 3,050. Language: English. Published: February 24, 2019. Categories: Nonfiction » Biography » Personal memoir, Nonfiction » Entertainment » Humor & satire
More of my Canadian Memories. This time, it's about the big field behind our house where, as kids, we could go have all sorts of adventures, usually without telling our parents. There's chasing mice, crossing the deepest water holes, building forts, avoiding traps, and all sorts of other mischief. Enjoy a trip down memory lane with me. Who knows? You might end up remembering a few of your own. 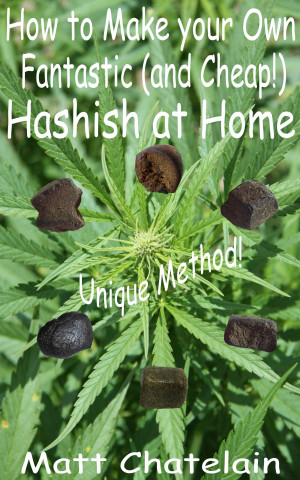 How to Make your Own Fantastic (and Cheap!) Hashish at Home by Matt Chatelain
Price: $3.95 $1.58 USD. (60% off!) Words: 11,850. Language: English. Published: October 22, 2018. Categories: Nonfiction » Health, wellbeing, & medicine » Alternative medicine, Nonfiction » Self-improvement » Personal Growth / General
Unique process developed by author. Quick to do. No expensive equipment. Easy to achieve, mostly while binge-watching TV shows. Clear instructions with some facts thrown in. Comes with improvements, a variety of ways to use to use the hash you make, and a bunch of silly hash stories that really happened. Funny and informative. 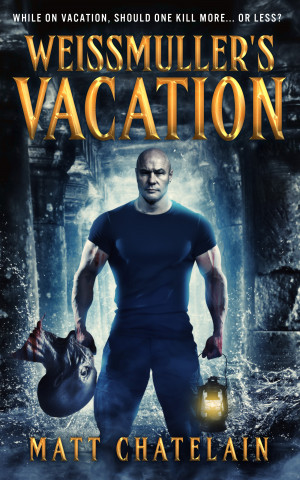 Weissmuller's Vacation by Matt Chatelain
Series: The Caves of Etretat. Price: $2.99 $1.20 USD. (60% off!) Words: 112,060. Language: English. Published: January 3, 2018. Categories: Fiction » Thriller & suspense » Action & suspense, Fiction » Adventure » Action
While on vacation, all Weissmuller wanted was some time to kill and to be with archaeologists. He wasn’t looking to find vandals stealing pottery shards. Nor did he expect them to be big-headed giants, which may explain why he decided to hunt them all down. So begins a non-stop chase across the Mediterranean to unravel the ancient connection between Noah’s Flood and the fabled Atlantis. 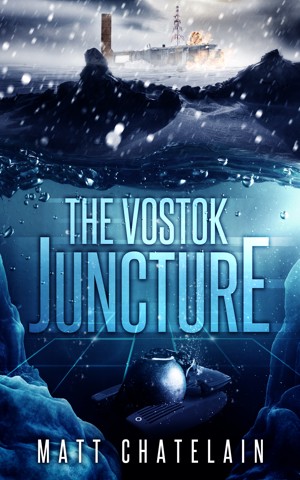 Twenty-two little Indians, stuck in Antarctica. Surrounded by a deadly storm, there's nowhere to run. One by one they will fall. Who will be next? Who will survive? Adventure, action, murder, ancient bacteria, spies, gold, and Lake Vostok. What more could you ask for? 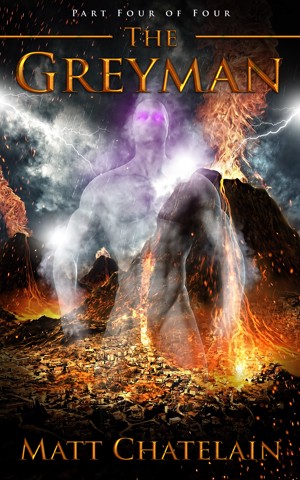 The Greyman, Part Four of Four by Matt Chatelain
Series: The Caves of Etretat, Book 4. Price: $1.99 $1.39 USD. (30% off!) Words: 64,790. Language: Canadian English. Published: July 11, 2012. Categories: Fiction » Thriller & suspense » Action & suspense, Fiction » Adventure » Action
New Version as of Jan-10-2015. Sirenne learns he has been selected to find the Other, the only being strong enough to defeat the Greyman, the oldest immortal on earth. Armageddon is fast approaching as Sirenne tries to understand what is really going on. Everything rests on Sirenne's final decision. Will he be able to accept the real answers behind everything 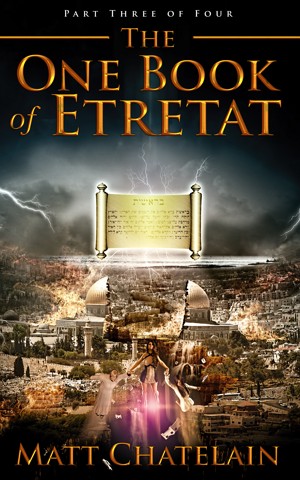 In Book Three, the world is in chaos. A pandemic disease is killing all children. Countries are demanding Sirenne's immortality cure. He is trying to find the One Book to stop the coming Armageddon. 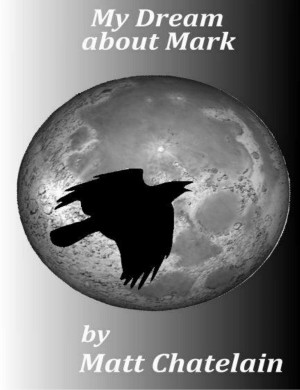 My Dream about Mark by Matt Chatelain
Price: Free! Words: 3,850. Language: English. Published: May 13, 2012. Categories: Nonfiction » Biography » Autobiographies & Memoirs
This biographical short story reviews a dream I had about a friend, Mark, shortly after he died. It was my only experience with a ghostly visitation, if that's what it was. Judge for yourself. 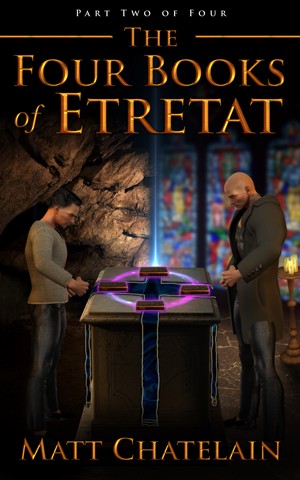 In Book 1, Canadian bookstore owner Paul Sirenne exposed a secret war for a fortress in Etretat's chalk cliffs. In Book 2, Sirenne discovers the reason for the hidden war: the secret of immortality. The Abbey, a thousand-year old organization, is preparing Sirenne for a confrontation against the immortal Greyman. Unfortunately, the serial-killer Weissmuller seems to be playing a game of his own. 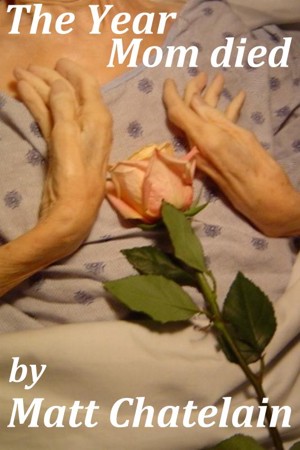 This short autobiographical story examines the year when my Mom died. The lessons she learned and those I learned by being there, taught me more about living than about dying. 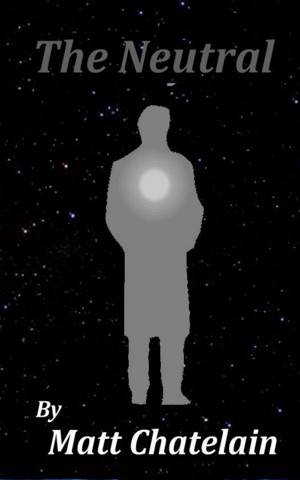 Dirmac Nor is the Neutral, a rare creature who is a natural psycho-detective. He and his assistant, Clem Wilson, go to the remaining Earth Colony, to find out what is causing their communities to revolt and self-destruct. What they find tells them the Empress Empire is in big trouble. The Neutral is an old short story I wrote, intending it to be the first of a Sherlock Holmes in space series. 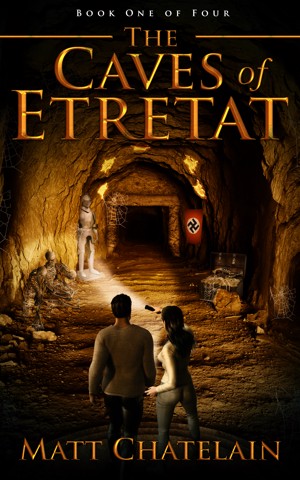 New version Sep 1, 2017. Canadian bookstore owner Paul Sirenne heads to the town of Etretat, France, on the trail of a hundred year old mystery hidden in the pages of 'The Hollow Needle', by Maurice Leblanc. Together with Leblanc's great-granddaughter, Sirenne unearths puzzles, codes and historical mysteries, exposing a secret war for control of a cave fortress in Etretat's chalk cliffs.

You have subscribed to alerts for Matt Chatelain.

You have been added to Matt Chatelain's favorite list.

You can also sign-up to receive email notifications whenever Matt Chatelain releases a new book.