Mauro Martone was born in Glasgow, raised in Edinburgh, and educated at schools in Fife and Perthshire where he boarded. Early fictional influences were Kenneth Grahame’s ‘Wind in the Willows’ and Robert Roosevelt’s ‘Br’er Rabbit’ stories. He began writing fiction at the age of eight when he produced a three-and-a-half-page prolongation of Grahame’s riverside world. He got his MA (with honours) from the University of Edinburgh, where he read Ancient History and Classical Archaeology at Teviot. He also read Christianity and Social Christianity at New Collage, as outside subjects. Whilst a student, Martone worked as a nightshift taxi driver in the undesirable Muirhouse, Pilton and Granton housing scheme circuits of Edinburgh. He later began a postgraduate degree alongside volunteering as a classroom tutor to both young offenders and adults with substance dependences. He lives in Edinburgh and keeps rescue dogs.

Where to find Mauro Martone online 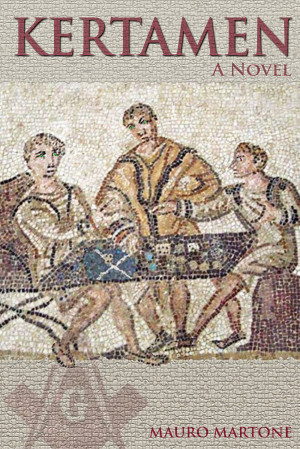 You have subscribed to alerts for Mauro Martone.

You have been added to Mauro Martone's favorite list.

You can also sign-up to receive email notifications whenever Mauro Martone releases a new book.