Tyler Reed grew up on a small farm near Napoleon, Ohio. After failing to graduate high school, he spent several years working odd jobs and traveling around the United States, Europe and the Middle East. He finagled his way into a two-year technical college and then proceeded to enter 4-year colleges and universities as a transfer student. In an undergraduate “career” that spanned over six years and four institutions, he majored in philosophy, psychology, music, English literature and electro-mechanical engineering before receiving his Bachelor of Science degree with a dual-major in mathematics and computer science. He later completed graduate coursework in space science.

Tyler drank and smoked heavily for over two decades. In 2006 he transformed his life and in the process, developed the framework presented in this book. In 2007, he completed a 200-hour yoga teacher training program and began teaching yoga publicly. Since then, Tyler has completed 5k and 10k running races and cycled 100 miles in the first Pelotonia bike tour. He has developed and presented many seminars and workshops related to various aspects of meditation and yoga. In 2011 and 2012 he taught weekly yoga classes to incarcerated youths at a high-security correctional facility in Ohio.

Tyler works independently as a systems engineer, enterprise architect, software developer and author. He is a member of American Mensa, Intertel, the Columbus Idea Foundry, INCOSE, the American Society for Cybernetics, the American Mathematical Society and the Columbus Council on World Affairs. Tyler lives in Columbus, Ohio with his wife and their two children.

Where to find Tyler Reed online 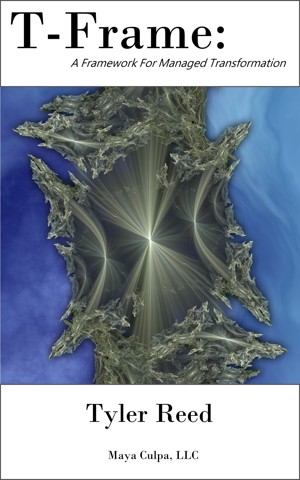 You have subscribed to alerts for Tyler Reed.

You have been added to Tyler Reed's favorite list.

You can also sign-up to receive email notifications whenever Tyler Reed releases a new book.