Freelance journalist Megan Cashman is the author of the NA Urban Fantasy novel The Dark Proposal, the first book in a trilogy.

Megan has worked for cable news stations, both local and national, and has a master's degree in journalism under her belt.

Born and raised on Staten Island, New York's forgotten borough, Megan always had a love of reading and writing. Her favorite authors are Jacqueline Carey, Anne Rice, Khaled Hosseini, and Sarah Dunant. She enjoys books that take her to a different world and/or see her world differently. She hopes to do the same for her future readers.

As for other things, Megan likes to hit the beach in the summer, rollerblade, do yoga and cook. She loves to blast her iTunes with all her songs - current number: 4,021 and counting. Her favorite acts are U2, Enigma, Depeche Mode, Garbage, Sarah McLachlan and many more - she even likes Celtic and New Age music!

Her favorite movie is The Lord of the Rings trilogy. She tunes in to watch Once Upon A Time, Girls, Game of Thrones and True Blood.

Where did you grow up, and how did this influence your writing?
I was born and raised on Staten Island, New York, and the only way I could really say about how it influenced my writing was the location of my stories. I know Staten Island is largely unknown to many, despite being the fifth borough of New York City, so I decided to make it the setting of most of my story ideas to let people know that it exists. So far, I have Staten Island as the main location of my first book. Someday, I'll add other books to that list if I think it is necessary.
When did you first start writing?
I've been writing since I was very young. I used to dictate children's stories to my parents because I couldn't write full sentences yet. I began to be serious about being a published as I got older, especially in my twenties. It was just something that always in me and I knew I would someday write a book.
Read more of this interview.

Where to find Megan Cashman online 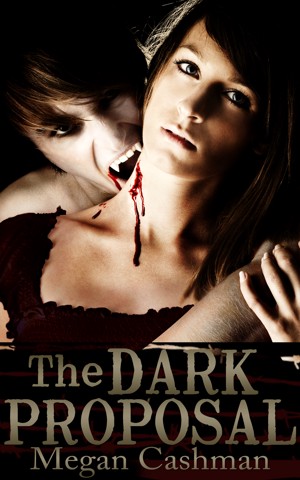 The Dark Proposal by Megan Cashman
Price: $0.99 USD. Words: 79,050. Language: English. Published: January 19, 2013. Categories: Fiction » Fantasy » Paranormal
A young woman copes with being forced to become a vampire as the man she loves reveals he is more evil than she can comprehend.

You have subscribed to Smashwords Alerts new release notifications for Megan Cashman.

You have been added to Megan Cashman's favorite list.

You can also sign-up to receive email notifications whenever Megan Cashman releases a new book.