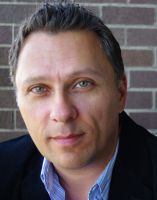 Where to find Michael Griffo online 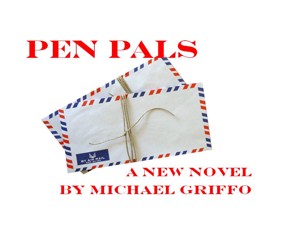 Pen Pals by Michael Griffo
Price: $1.50 USD. Words: 24,750. Language: English. Published: May 28, 2012. Categories: Fiction » Women's fiction » Chick lit, Fiction » Holiday » Family
PEN PALS is novel that tells the story of two women – Bernie from Newark, New Jersey and Mags from Sheffield, England – through the letters they wrote to each other as pen pals from 1955 to the present. It was inspired by my mother's real-life relationship with her pen pal that lasted for over 50 years. 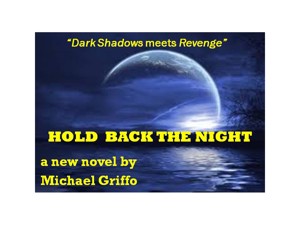 Hold Back the Night by Michael Griffo
Price: $1.99 USD. Words: 95,280. Language: English. Published: May 25, 2012. Categories: Fiction » Fantasy » Paranormal, Fiction » Women's fiction » General
HOLD BACK THE NIGHT is a supernatural saga that is a cross between Dark Shadows and Revenge. Fifteen years ago, Amanda Love’s son was kidnapped by the elusive vampire, Vincent Savage. Now Vincent is returning to Nightfall, Maine to reunite mother with son. But he returns with more than just Amanda's long-lost child, he returns with secrets that threaten to destroy every member of her family.

You have subscribed to Smashwords Alerts new release notifications for Michael Griffo.

You have been added to Michael Griffo's favorite list.

You can also sign-up to receive email notifications whenever Michael Griffo releases a new book.