WALT HARRINGTON, a former long-time staff writer for the Washington Post Magazine, is the author or editor of six books and the winner of numerous print and broadcast journalism awards, including the Gustavus Myers Center Award for the Study of Human Rights in the United States for his book Crossings: A White Man’s Journey Into Black America. His book, The Everlasting Stream: A True Story of Rabbits, Guns, Friendship, and Family, was made into an Emmy Award-winning documentary broadcast nationally on PBS. His book, Intimate Journalism: The Art and Craft of Reporting Everyday Life, has been widely used in journalism writing classes nationwide. He is a journalism professor at the University of Illinois at Urbana-Champaign. An archive of student work published from his feature writing classes is at www.intimatejournalism.com. His professional website is at www.waltharrington.com.

MIKE SAGER is a bestselling author and award winning reporter. A former Washington Post staff writer under Watergate investigator Bob Woodward, he worked closely with gonzo journalist Hunter S. Thompson during his years as a contributing editor to Rolling Stone. Sager is the author of four collections of non-fiction, two novels, and one biography. He has served for more than fifteen years as a writer at large for Esquire. In 2010 he won the American Society of Magazine Editors’ National Magazine Award for profile writing for his article “The Man Who Never Was.” Many of his stories have been optioned for film. For more information, please see www.MikeSager.com.

Where to find Walt Harrington and Mike Sager online 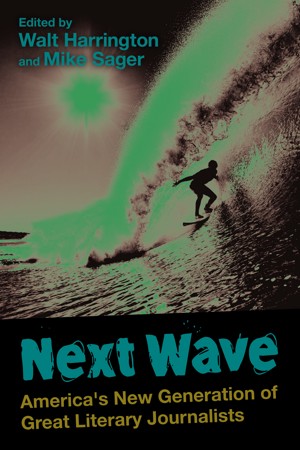 You have subscribed to alerts for Walt Harrington and Mike Sager.

Would you like to favorite Walt Harrington and Mike Sager?

You have been added to Walt Harrington and Mike Sager's favorite list.

You can also sign-up to receive email notifications whenever Walt Harrington and Mike Sager releases a new book.