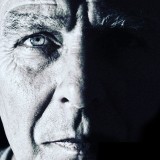 "I find that good fiction brims with more reality than many other things claiming to be the truth. A good story will strip bare our heart, reveal the things that only God can see and move our soul." -M. Matheson

It is my sincere wish (leaving me only two) that you, the reader of these stories, will be moved in some way, be it small or large, and at the very least simply enjoy having read a good tale.

M.(Mike) Matheson was born on an Army base in the middle of nowhere, Arizona. Dad was career military, and Mom stayed at home, the norm for the '50s. Mike's ultimate hero, his father, died suddenly and without warning.
Without his stabilizing strength, the family became a severed sparking wire searching for ground. The ensuing dysfunction and chaos proved, in later years, to make for great storytelling.

Mike has been blessed to take a wide bite out of life. From motorcycle outlaw to the pastor of a church and missionary evangelist. He has traveled a lot, seen a lot, and done many things; some he wished he'd never done, and others he can't wait to do again. Yet, each and every scrap of life has made a fantastic fabric from which to weave many grand tales.

Mike has written dozens of short stories. Flatline is Mike's second novel No More Mister Nice Guy was his first.

Where did you grow up, and how did this influence your writing?
That question is as varied and many-faceted as a rough-cut diamond only not as shiny. The first 10 years were spent relatively stable and then my father died. After that, my life became a loose sparking wire dancing on the ground and just as wickedly dangerous. A succession of abusive stepfathers saw to it that I grew up mean and bitter. I attended nine different High Schools from Seattle, Washington, which was my favorite, to Phoenix and Buckeye, Arizona. The latter was my least favorite but most eventful. Orange County California is where that long crazy trip had begun and where I always considered home. I returned via a week long hitchhiking trip from Seattle and settled there before landing here in Sacramento, CA decades later.

You did ask how it influenced my writing didn't you?
After my father's death, my life was in such an upheaval of constant chaos and conflict that decades later I found the most painful things of that time made for great storytelling; the most glaring and horrific found their way into my stories especially No More Mister Nice Guy. Amidst all that trouble, there were many varied living experiences from hog farms in the Arizona desert to living as a teenager on my own in a rented house or infamous dive hotel in Seattle. I had been told to leave my family's home while I was still a teenager.
I'm a storyteller and found the things I've seen and done could be weaved into interesting tales. The fiction we read and write the good stuff is chock full of truth.
When did you first start writing?
During my teens, I was a voracious reader, and only dabbled in writing a story here and there. I read a lot of classics, Bradbury, Vonnegut and Tolkien, also some books with only cult followings. I didn't start to write full stories until I was in my late thirties. Before that, I remember writing an allegorical tale with the members of my immediate family, my four daughters mostly, cast into fictional roles. I built the characters from unmistakable traits they would all recognize and then sent us out on a comical quest; I updated the story every day on a web page. It took another ten years before I started writing more stories, poems etc. which I sent mostly to family members. About six years ago I began to devote more time to improving my craft and actually sending my tales out where other people could see them.
Read more of this interview.

Where to find M. Matheson online 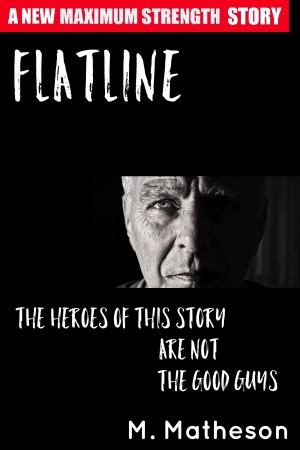 Flatline by M. Matheson
Price: $2.99 USD. Words: 94,650. Language: English. Published: September 1, 2016. Categories: Fiction » Thriller & suspense » Crime thriller, Fiction » Mystery & detective » Hard-Boiled
Flatline is a crime thriller brimming with guns, guts, modern-day outlaws, and just enough romance to keep a grin on your face. In the ancient tradition of Robin Hood, these American outlaws utilize their unique skill set of fearlessness, unwinking violence, and a hot pepper dose of vigilantism to fine-tune the scales of Right and Wrong, at least as they see it. The conclusion will rock your world 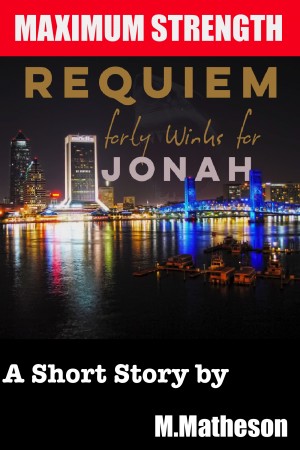 Requiem by M. Matheson
Price: Free! Words: 5,580. Language: English. Published: March 15, 2016. Categories: Fiction » Horror » Weird fiction, Fiction » Adventure » General
Forty Winks for Jonah. The crowd, Twenty-Eight-Stories below, clamors for his death as he pens the story no one believes. It is showdown time for Jonah and the monster that has pursued him for the past eighteen years. From his fifth birthday on, things only got worse. 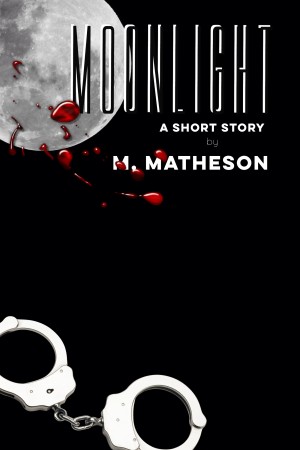 Moonlight by M. Matheson
Price: Free! Words: 6,150. Language: English. Published: February 15, 2016. Categories: Fiction » Thriller & suspense » Crime thriller
Are you stuck in a situation too prickly to take to law enforcement? Or, they've been no help at all. Switch sides. Call an outlaw... Troy Bittles, a retired Enforcer for the world's most notorious bike gang The Breakers, can help. Retirement is boring, and he's done a lot of bad. In an effort to balance the scale of justice Troy uses his special skill set to help his neighbors. 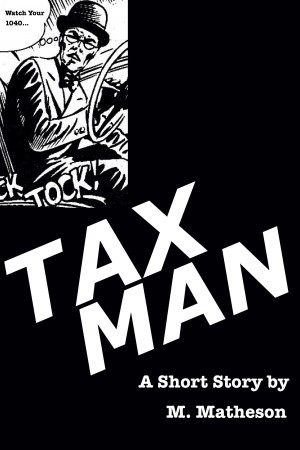 Taxman by M. Matheson
Price: Free! Words: 6,570. Language: English. Published: April 10, 2015. Categories: Fiction » Humor & comedy » Parody, Fiction » Thriller & suspense » General
Watch out for Taxman a serial auditor and anti-hero. He may have you in his sights. 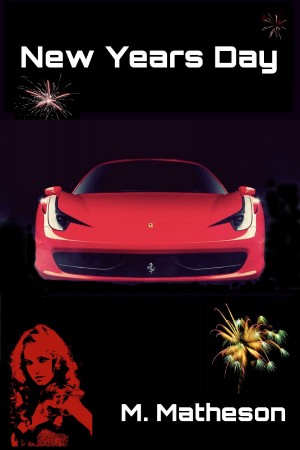 In this short story, a serendipitous encounter sends an overly typical guy and America's most beautiful young starlet on a life-changing journey in her Ferrari. 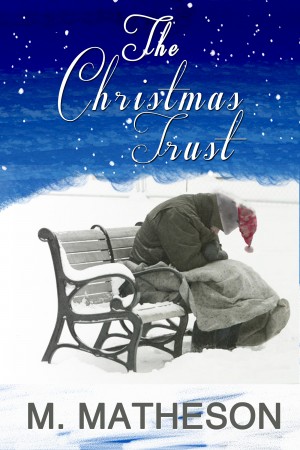 Marvin Battles is the corporate big-shot and Scrooge. In a chance encounter with a panhandler, Joe Skives, his former boss fired for bribery and other crimes, Marvin’s bad holiday attitude gets turned on its head. A Christmas story that takes on the Corporate Monster and our ideas of true Christmas Spirit. 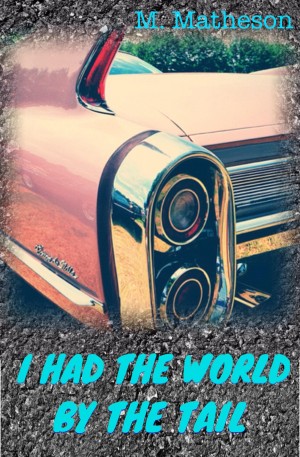 Comic Memoir, 98.5% true, of a motorcycle crash from my CRAZY BIKER days. 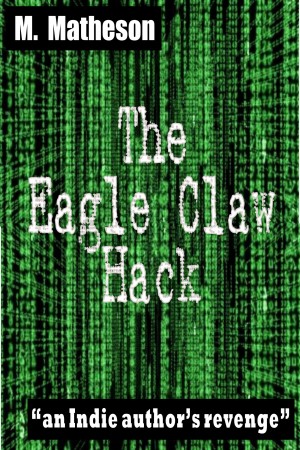 A Short Story- A retired teacher and indie author enlists his former student, a teenage computer wunderkind in a wild scheme to exact revenge on unfaithful readers. 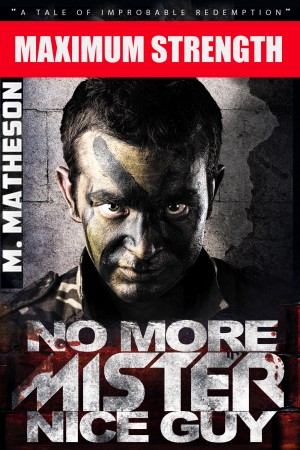 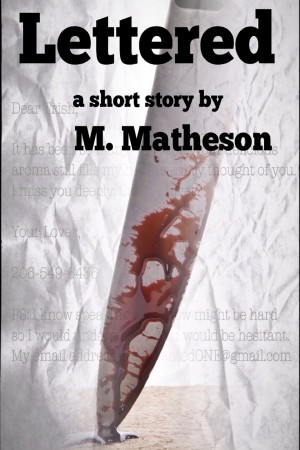 Trish had turned her back on the whole human race; they just weren't worth risking her affections for any longer.

You have subscribed to alerts for M. Matheson.

You have been added to M. Matheson's favorite list.

You can also sign-up to receive email notifications whenever M. Matheson releases a new book.