Cary Christopher was born and raised in Florida and Georgia but has called Southern California home now for almost 20 years. He’s written extensively about music, movies and pop culture online and for various publications around SoCal. He's a proud member of OC Fictionaires and when not spending time writing or goofing off with his wife and daughter, he's probably either diving, listening to music, playing slide guitar or watching horror movies.

Describe the place where you write
I have an office in my house that's the only one I'm allowed to decorate as I want it. So it's decorated mostly with guitars, horror related posters and art and lots of music. My favorite movie is The Creature from The Black Lagoon so I have a lifesize torso of the Gill-Man reaching out from one wall. Above the stereo I have a framed screenprint of a Drive-By Trucker's concert poster that Wes Freed did. The vibe of the picture invokes that swampy, moonshine feeling that influences a lot of my writing.

The desk itself? It's a mess. It's an old beat up office desk that we got for free from somewhere. I've had it probably twenty years. I need to find something else but haven't been able to find anything that fits the vibe of the room yet.
What is your writing process?
As an avid reader I hate it when I can figure out what's coming next in a novel's plot. Unfortunately, I feel the same way as a writer. I've always admired writers who can outline a story, plan out the characters, etc. I just can't do that. The times that I've created an actual outline for a story, I've lost interest in telling it almost immediately.

To me, the actual fun of writing is in the discovery along the way. All of my short stories and novels tend to start out as an idea that I just start riffing on. It could just be a few paragraphs about a funny thought or it could be a full blown short story that just comes rushing out, but generally when I sit down to write something new, I don't have a very good idea of where I'm going. With my first novel (The Wash) I started writing what I thought was a short story about a graveyard that was hungry for bodies. Ten thousand words later I realized my character had barely gotten to the graveyard and this wasn't exactly a short story any longer.

So my process is more one of discovery than actual planning. If I get a good solid chunk written (maybe 8,000 - 10,000 words) and there's no resolution in sight, then I will pause and try to figure out where it's going. At that stage, I may create a loose outline of where I want to end up with very broad strokes for how to get there, but I try hard not to fill in details until I'm actually writing.

The downside of that is going back through the editing process, I tend to have a lot of excess material I cut to get to the final product. It makes the editing a little harder than it probably needs to be. Of course the upside is that I've got plenty of material to work with.
Read more of this interview.

Where to find Cary Christopher online 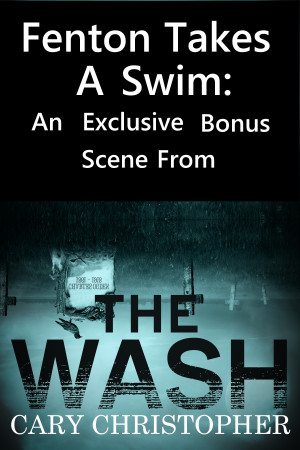 Fenton Takes a Swim: A Bonus Chapter from The Wash by Cary Christopher
Price: Free! Words: 5,120. Language: English. Published: October 27, 2017. Categories: Fiction » Horror » General, Fiction » Horror » Weird fiction
"Big Al" Fenton's been called to Ogden Wash to deal with an employee who's breaking too many rules. What he finds is a man whose newfound confidence is deadly. This short story gives some background to events that play out in Cary Christopher's debut novel The Wash. 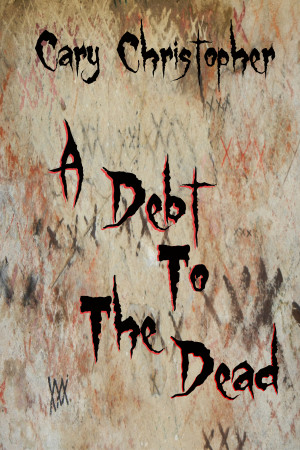 A man must face the ghosts of the past in a Louisiana bayou in order to save his family.

You have subscribed to alerts for Cary Christopher.

You have been added to Cary Christopher's favorite list.

You can also sign-up to receive email notifications whenever Cary Christopher releases a new book.