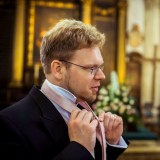 J. Aleksandr Wootton is a Virginian and a bookworm, if by "worm" you mean "dragon" - he hoards books in shelves and spare rooms and likes to sleep surrounded by them.

In his spare time he chairs the folklore department at Lightfoot College. His research focus is on post-war Faerie.

When you're not writing, how do you spend your time?
When I'm not writing (or managing the business surrounding writing, which is its own full-time job on top of writing itself), I am often found reading, cooking, catching up with friends far, hanging out with friends near, playing ultimate frisbee, walking to a library or perusing a used bookstore, studying martial arts, in a pub, or in church.
Do you remember the first story you ever wrote?
I do! I was 8; it was terrible.

It began with some vague notion of being an Argonauts-type epic sea-quest with monsters to battle en route, then got all Sinbad-like in an Arabian desert with an attempted betrayal and theft of a genie's locket, and finally - in the twist that nobody saw coming - became, in its final sentence, the worst Star Wars knockoff imaginable.

Needless to say, publishers have been hammering at my door ever since.
Read more of this interview. 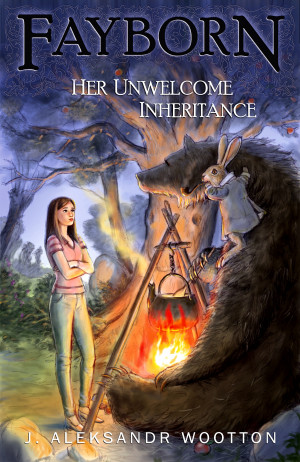 When Oberon needs to sacrifice her family to restore his shattered kingdom, Petra will fight for their freedom and sanity as the world she knows and the people she trusts are transformed by supernatural invasion. Petra is supposed to be starting college, but these fairies are real and they need her help. There’s just one catch: they want her to become a desperate tyrant’s sworn servant. Forever.

You have subscribed to alerts for J. Aleksandr Wootton.

You have been added to J. Aleksandr Wootton's favorite list.

You can also sign-up to receive email notifications whenever J. Aleksandr Wootton releases a new book.