NC Weil (ncweil.com) prefers the elbow room of novels to the restricted arc of short stories, and she blogs at http://aestheticpoint.blogspot.com/. Her fiction has appeared in the anthology Electric Grace (Paycock Press, 2007) and the online journal ArLiJo. Her novels follow characters through pockets of counterculture in the late seventies, when psychedelics were a sacrament and so much seemed possible.

What motivated you to become an indie author?
The publishing business is now just a few companies, and they are on the lookout for mainstream work. My POV is my own - quirky, wry, open. Through study, extensive reading, and shared critiques, I have honed my writing skills to a level well beyond what "passes" in genre fiction.
Has Karmafornia been reviewed by respected sources?
Publishers Weekly's quarterly section on self-published work, PW Select, had this to say:
"In 1978, two young lovers leave Boulder, Colo., and head to Berkeley, Calif., where they struggle with life's messy problems and intrusions in this capable, well-developed look back at an edgy, bygone time. Arriving at the University of California, Berkeley, Laura – with free-spirited boyfriend Walt in tow – begins graduate studies in biology. It isn't long before she meets fellow student Cob, an irresistible fruitarian from Nebraska with whom Laura eventually has a passionate affair replete with unbelievable orgasms. But the relationship with Cob – and the sex – lacks love, and Walt is summoned to the rescue. This love triangle plays out against the background of the political and social upheaval of the time, with Weil referencing everything from the controversial Proposition 13 – which rolled back property taxes – to the mass suicide by cult members of Jim Jones's People's Temple in Jonestown, Guyana. Weil ably captures the period, while convincingly delineating her characters."
Publishers Weekly, Oct 17, 2011, p. 41 in the PW Select section.
Read more of this interview.

Where to find NC Weil online 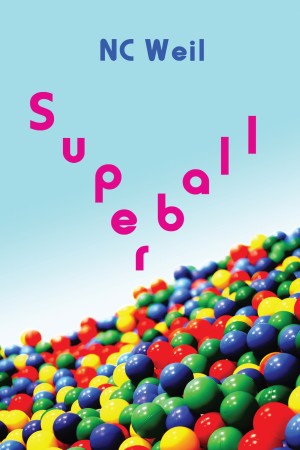 Superball by NC Weil
Price: $4.99 USD. Words: 100,750. Language: English. Published: August 30, 2016. Categories: Fiction » Historical » USA, Fiction » Visionary & metaphysical
This sequel to Karmafornia finds Walt in Boulder, Colo., ready to put down roots. He meets Anna and they form a "coalition of the spineless" when they learn Walt's former lover Laura is coming back to reconnect with him. He hopes the humor and light-heartedness he's found with Anna will protect him from Laura's singleminded desire, but has he underestimated love's capacity to transform, again? 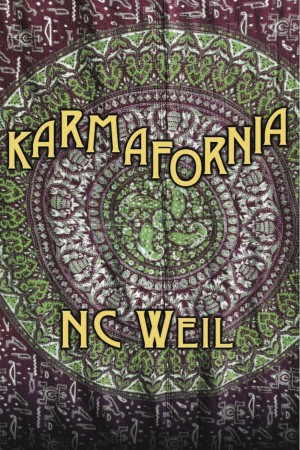 Set against the turmoil of late 70's California, KARMAFORNIA spins the latest incarnation of a love triangle. When ambitious Laura, new to grad school and Berkeley, and her go-with-the-flow boyfriend Walt, meet bright arrogant fruitarian Cob at a party, she strikes sparks with him while Walt sees trouble coming. Hitch a ride with these characters and come away glad you've met.

You have subscribed to Smashwords Alerts new release notifications for NC Weil.

You have been added to NC Weil's favorite list.

You can also sign-up to receive email notifications whenever NC Weil releases a new book.