Nicholas (Nic) grew up as a young boy into a teenager on Thursday Island in the Torres Straits of North Queensland, Australia in the sixties and seventies. The sea and the islands have always been a part of his life, filled with days of swimming, spear fishing, cycling, exploring old war-time forts, ship-wreck fossicking, digging up old settlements, all fuelled by an over-active imagination and curiosity. He joined the Royal Australian Navy for junior officer training, and left as a Sub-Lieutenant after five years of interesting training and wonderful experiences.
He has gained several degrees and worked in ten countries in the Asia Pacific Region in international agricultural development. He now lives in the southern Philippines with his wife and two children. He uses his experiences of living in many countries and his exposure to the many different peoples, cultures, languages, foods, religions and lifestyles, to provide settings and realism for his writing.
Nic has written and published two novels to date. Black Hearts, Gold Warriors is his second novel and it tells the tale of the hunter and the hunted across the exotic and dangerous landscapes of Mindanao and Vietnam, from the close of WW2 to the start of the new millennium. It is an action adventure spiced with historical fiction and romance, with wonderful and heady scents and sounds of life in the colourful and vibrant world of SE Asia. Nic’s first book called Gold of the Generals, is being revised and will be released in January 2018 and it is a wonderful story of the hunt for war loot and treasures in the Philippines and Papua New Guinea.

Where to find Nic Richards online 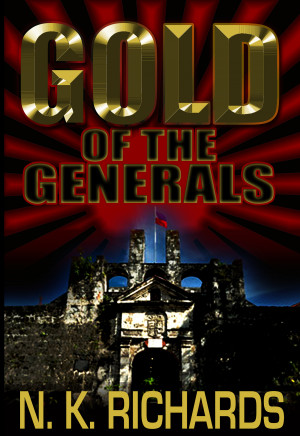 Gold of the Generals by Nic Richards
Price: $3.99 USD. Words: 84,210. Language: English. Published: January 26, 2019. Categories: Fiction » Adventure » Action, Fiction » Historical » General
Gold of the Generals is a classic adventure story. It starts in the ruins of the Spanish Empire in Manila, and spreads to the jungles and beauty of Papua New Guinea. It has drama, romance, history, tragedy and treachery all tied up in a fast paced, moving smorgasbord of exotic locations. Our characters, all with problems to solve, struggle as they seek war time treasures of the Japanese army. 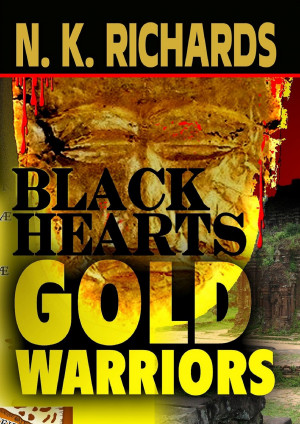 Black Hearts, Gold Warriors by Nic Richards
Price: $3.90 USD. Words: 111,550. Language: English. Published: December 13, 2017. Categories: Fiction » Thriller & suspense » Action & suspense, Fiction » Historical » General
BLACK HEARTS, GOLD WARRIORS is a tale of the hunter and the hunted. It is an adventure thriller, with an elaborate plot, that begins at the close of WW2 in Vietnam, climaxing in the Southern Philippines in the early 21st century. This an epic story of one man’s journey to rebuild his shattered life, always just one step ahead of his tormentor. Action, history, danger and romance combined.

You have subscribed to alerts for Nic Richards.

You have been added to Nic Richards's favorite list.

You can also sign-up to receive email notifications whenever Nic Richards releases a new book.