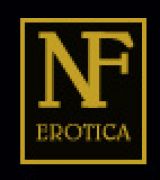 Born in Britain, my varied career has taken me to many different countries including India, Australia, Germany and Russia, finally ending up in Florida, near Cape Canaveral. I've turned my hand to all sorts of things over the years, including motorcycle restoration, brewing beer, designing board games, managing a burlesque troupe, and being a roadie for several prog rock bands.
I've spent most of the last decade writing press releases and Web sites for companies and products you've never heard of, and finally decided it was time to write something just for fun.
Oh – and if you’re wondering whether these are true stories, then I’ve done what I set out to do! Just remember – always be safe, sane and consensual.

You have subscribed to alerts for Nathan Fisher.

You have been added to Nathan Fisher's favorite list.

You can also sign-up to receive email notifications whenever Nathan Fisher releases a new book.