Aleksandar Budjanovac (1963 - 2009) was a Croatian writer, psychologist, university professor, Flamenco guitar player and martial arts master. He led a rich, fulfilled life which he used as the source of inspiration for his books. Besides "The Dragon Rock", he also wrote several other fantasy novels, as well as humoristic novels.
Nebojsa Budjanovac (1973) is a Croatian writer, translator for English , psychotherapist, Red Cross crisis intervention team leader and sword fighting champion of the world in WKF federation. As Aleksandar's brother, he translated his books to English, and also wrote several books of his own. During his life, he encountered many crisis and extremely dangerous situation, which he used to learn about human psyche and behavior. His interests cover many fields, including fantasy, philosophy, psychology, adventure, military history, dogs, martial arts and many others.

What is your writing process?
I usually write when and if I have an inspiration and a great story to be told. I like to write whole chapters, and to make corrections later, if needed.
How do you approach cover design?
I have good fortune in having a mother who is a great artist and painter. When she reads my book, she has an inspiration for the cover image, and it is usually the best choice.
Read more of this interview.

Where to find Aleksandar Budjanovac online 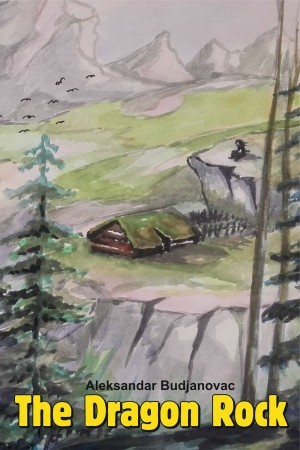 Fantasy novel about wisdom, power, adventure, courage and human spirit, set in the gravely endangered world of sorcerers, warriors, dragons and monsters. A sorcerer called Arios the Black and a prince called Orin ar den Raamternan embark upon a perilous adventure which will decide the fate of their world, although not in the way they expected...

You have subscribed to alerts for Aleksandar Budjanovac.

You have been added to Aleksandar Budjanovac's favorite list.

You can also sign-up to receive email notifications whenever Aleksandar Budjanovac releases a new book.