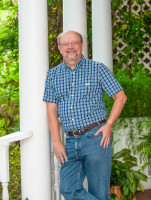 I was a veteran writer/editor at several great newspapers in the American West. I rely on my journalism instincts while writing my novels. My latest work, The Search for Circe, concentrates on areas from broken relationships, emotional wounds from childhood, divorce, and desperate attempts to find redemption.

I love to travel and learn something every day. I enjoy family, good friends, cappuccinos, good beer and Manhattans, great movies, and novels that grab me by the collar and pull me along. Thanks for your support. It's greatly appreciated.

What are your five favorite books, and why?
In no particular order of impact: David and Goliath by Malcolm Gladwell for its stories of people who thought differently and changed the world at least a little because of it; The Burgess Boys by Elizabeth Strout for her use of simple settings in which to build characters who are so vivid I felt I was listening to private conversations; And the Mountains Echoed by Khaled Hosseini because of his elegant use of words to describe a world I knew nothing about; Live By Night by Dennis Lehane because he lured me into a criminal world and captivated me with his characters; and Where Men Win Glory by Jon Krakauer for his vivid and detailed look at Army Ranger Pat Tillman, who gave up a pro football career and ended up as a victim of friendly fire.
What books have had the most impact on you?
Two stand out from my earlier years. The first was In Cold Blood by Truman Capote, which was the detailed account of the murders of the Clutter family in rural Kansas. Capote brought everyone to life from the killers to the victims. The other was Siddhartha by Herman Hesse. I was captivated by Hesse's description of a man whose life changed radically. I use that literary tool as I build character arcs.
Read more of this interview.

Where to find Chris Metteer online 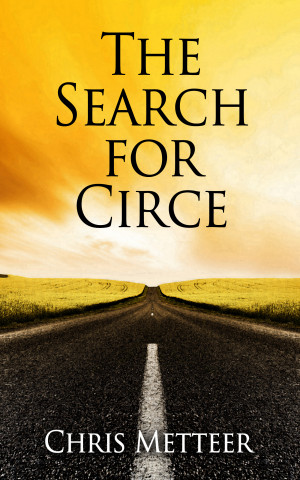 The Search For Circe by Chris Metteer
Price: $5.99 USD. Words: 82,040. Language: English. Published: November 28, 2019. Categories: Fiction » Literature » Literary
Sean McNabb doesn't know the greater forces he unleashes as he writes his novel. He is summoned to a publishing house to discuss the book, and he is one of sixteen authors who write an identical paragraph of apocalyptic carnage. Sean's novel features Darrington Circe, who sees a sign on people that means that are going to die soon. Are they both pawns in a cosmic endgame? Can they escape fate? 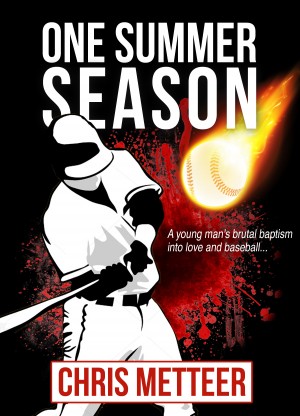 R.W. Clay has the world on a string. He the hometown hero blessed with an athletic body, but he can't stay young forever. He steps into an adult world that doesn't care about high school stardom. Coaches try to change him, an opposing pitcher known as Muy Mal Hombre tries to hurt him, and young women want him for different reasons. Lord, being 18 is such a pain.

You have subscribed to alerts for Chris Metteer.

You have been added to Chris Metteer's favorite list.

You can also sign-up to receive email notifications whenever Chris Metteer releases a new book.