As for me, I now live in Toronto. I was formerly a mining engineer and travelled the world widely.
Tiring of the mining industry (my unalterable conviction being that mining in 40 degrees in the shade was a vastly overrated pastime) and wanting to experience more of the world firsthand, I also worked from time to time as a docker, fruit inspector and forester. My books draw on these experiences to provide characters, backgrounds and scenes.
I am the author and publisher of the "Maxim Gunn" series of action/adventure books, the second of which, "Maxim Gunn and the Demon Plan" was a finalist in the 1998 Crime Writers of Canada, Arthur Ellis Award for Best Juvenile Novel.
I have also written other novels and screenplays which follow the central character to countries and places where the forces of nature as much as people provide the conflict. Three of these are currently with my agent in Los Angeles.

Where to find Nicholas Boving online 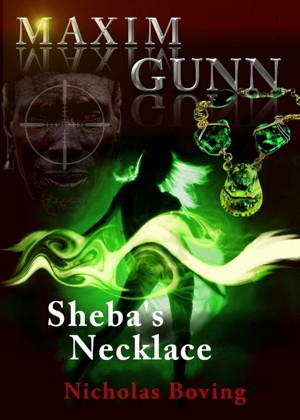 Maxim Gunn and Sheba's Necklace by Nicholas Boving
Series: Maxim Gunn, Book 8. Price: $3.95 USD. Words: 93,290. Language: English. Published: April 23, 2012. Categories: Fiction » Adventure » Action, Fiction » Thriller & suspense » Action & suspense
Did Wanda Liszt finally find the secret to eternal life when she recovered Sheba's Necklace from the bottom of a Swiss lake? “It should have worked, Maxim.” Wanda's words came out huskily and with great effort. “It did for a while, didn't it? I was going to be young and beautiful forever. The flame, the necklace, they were the secret. It should have worked. Where did I go wrong?” 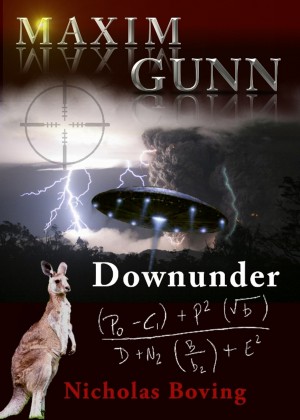 Maxim Gunn Downunder by Nicholas Boving
Series: Maxim Gunn, Book 7. Price: $3.95 USD. Words: 65,030. Language: English. Published: April 23, 2012. Categories: Fiction » Adventure » Action, Fiction » Thriller & suspense » Action & suspense
Gunn is called to Australia to investigate the disappearance of an atomic physicist in the Iron Cauldron country of the North West. Gunn follows the trail, to discover the true cause of the abduction is not atom secrets, but an alien from hell, spaceship crashed and helpless, who desperately needs the physicist's knowledge, and will stop at nothing. 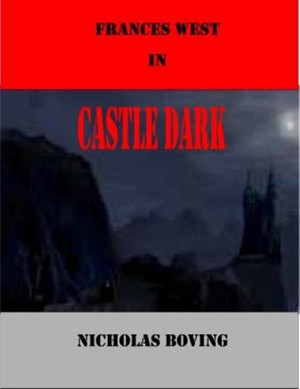 Castle Dark by Nicholas Boving
Price: $3.95 USD. Words: 58,090. Language: English. Published: November 6, 2009. Categories: Fiction » Thriller & suspense » General, Fiction » Adventure » General
When Frances West’s kitchen stove blew out into her front garden she thought it was a gas leak, until she was kidnapped by Drakkar the vampire. She escapes from the dungeons of a crumbling Transylvanian castle, gets herded by wolves, has a terrifying battle with saw-toothed raptors from hell, contends with mindless zombies and a screaming blizzard in her efforts to thwart the vampire's plans. 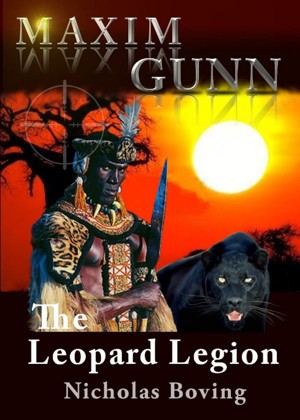 Maxim Gunn and the Leopard Legion by Nicholas Boving
Series: Maxim Gunn, Book 6. Price: $3.95 USD. Words: 54,470. Language: English. Published: July 30, 2009. Categories: Fiction » Thriller & suspense » General, Fiction » Adventure » General
Northern Nigeria. A wild, harsh land. A master criminal with a master plan. Magunta, the Witch Doctor, Wizard and master criminal who first appears in THE CHAOS PROJECT plans to take over West Africa by resurrecting the infamous Leopard Men. Fear is his key, and the Great Black Leopard his weapon. Gunn is called in by his old friend, the Emir of Ladi, and tracks the leopard to its mountain lair. 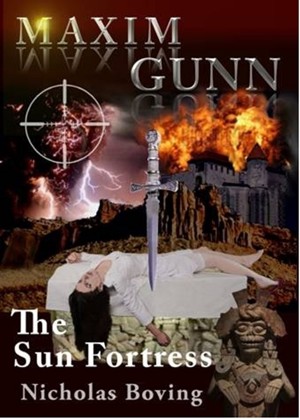 Maxim Gunn and the Sun Fortress by Nicholas Boving
Series: Maxim Gunn, Book 5. Price: $3.95 USD. Words: 54,380. Language: English. Published: July 30, 2009. Categories: Fiction » Thriller & suspense » General, Fiction » Adventure » General
It was a fortress carved out of a living cliff in a time before history, and dedicated to the Sun God. Devlin, revolutionary and anarchist has taken it over and kidnapped a Princess, kidnapped for an unbelievable reason that has nothing to do with money. Maxim Gunn is called upon to do the impossible: find her and get her back before she is sacrificed to the god. 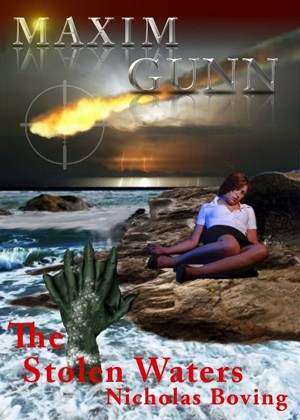 Maxim Gunn and the Stolen Waters by Nicholas Boving
Series: Maxim Gunn, Book 4. Price: $3.95 USD. Words: 55,340. Language: English. Published: July 30, 2009. Categories: Fiction » Thriller & suspense » General, Fiction » Adventure » General
Was there really such a place as Atlantis? And was there a super race ahead of its time, or something so different we wouldn't want to know? Trapped for millennia until a submarine earthquake frees them, a few survivors emerge on a mission of revenge against the “Dry Landers” whom they blame for the Great Catastrophe. Gunn and Sergeant Magoon are in a desperate fight to stop them. 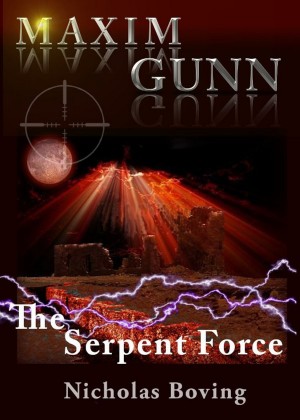 Maxim Gunn and the Serpent Force by Nicholas Boving
Series: Maxim Gunn, Book 3. Price: $3.95 USD. Words: 61,060. Language: English. Published: July 29, 2009. Categories: Fiction » Thriller & suspense » General, Fiction » Adventure » General
The alignment of all nine planets will bring the Serpent Force, a mysterious power known to the ancients to its maximum effect. One man has the secret and must be stopped. Maxim Gunn races from Stonehenge to the temples of Greece and the Mayan ruins in the Yucatan. Earthquake, unseen powers, duels with the forces of evil, leave Gunn little time for sight seeing. It’s a race that must be won. 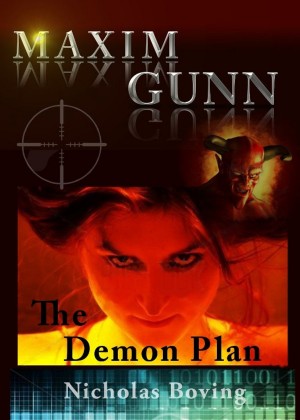 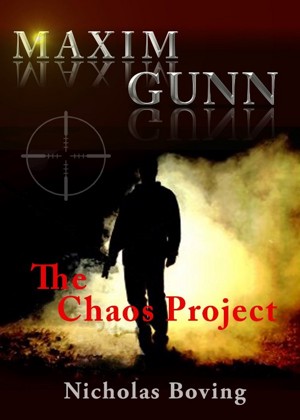 Maxim Gunn and the Chaos Project by Nicholas Boving
Series: Maxim Gunn, Book 1. Price: $3.95 USD. Words: 60,750. Language: English. Published: July 28, 2009. Categories: Fiction » Thriller & suspense » General, Fiction » Adventure » General
Maxim Gunn, agent extraordinary, takes on one last official mission before resigning from the Organization. Wanda Liszt, arch criminal: beautiful and deadly, has found Sheba's Necklace, the legendary rope of emeralds that bestows great powers on its possessor. Her plan: Chaos in Africa, after which she, as Great White Queen, will rule it as her mighty empire. Gunn must stop her.

You have subscribed to alerts for Nicholas Boving.

You have been added to Nicholas Boving's favorite list.

You can also sign-up to receive email notifications whenever Nicholas Boving releases a new book.