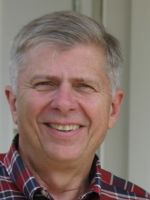 Never tell a hormone-infused college kid that he cheated on a take-home exam. That’s what happened to Oliver F. Chase at a small college in central Florida. The essay was pretty innocuous and easy but his grades before were dismal. The fix was in, or so believed the professor. Oliver was promptly awarded a D and given a stern warning with no appeal. The next semester, he chose the same professor, took the same take-home exam (in the classroom this time), and earned an ‘A’ in thirty minutes. He didn’t give a wit about the subject but was out to prove something.

Oliver graduated and would be able to fly, which was really all he ever wanted. The war was on and the Marines offered a way. He took it. Some five years later, Oliver was a vet with a Distinguished Flying Cross and a long list of combat missions – even a couple in that dark, secret world of political deniability. In his opinion, he was only trying to get out of a bad situation in one piece. The Marines saw it differently. Seemed like a pattern was emerging.

Oliver spent five years in a police department working narcotics and SWAT, and the next 22 in the FBI. In all these years, he never stopped writing. Publishing, however, was not an option. Way too many complications and compromises, and besides, rebel streaks only go so far in the FBI. Times are different now and even though old loyalties and friendships will never go away, no one is watching over his shoulder.

Oliver F. Chase and his wife eschewed the exotic and chose instead a small farm along the Gulf Coast near New Orleans. There he finds great flying weather for his little Grumman Tiger, friendly neighbors with difficult accents - although he may have the accent now, fifteen chickens, neighborhood dogs, and a host of barn cats that all share his space. “Life has never been more interesting,” he contends, as he sneaks away to that little room full of memories and imagination.

You have subscribed to alerts for Oliver F. Chase.

You have been added to Oliver F. Chase's favorite list.

You can also sign-up to receive email notifications whenever Oliver F. Chase releases a new book.