For the most part, this obituary was written by Ilse; only a few small changes have been added by the family.


Ilse was born March 13, l909 in Breslau, Germany, daughter to Georg Ollendorff and Margarete Muhr. Growing up in Nazi Germany, Ilse became an ardent Socialist; later in the United States, she became active in the American Society of Friends and the Peace Movement.


She was educated and lived in Breslau (now Wroclaw, Poland) until March, l933 when she fled Nazi Germany for France. She lived in Paris where she worked for the American Joint Distribution Committee until her emigration to the United States in February, l939. She met and married Wilhelm Reich later in that year, and started to work for him in early l940 as bookkeeper and administrator. After taking a course in laboratory technique, she also worked as a laboratory assistant in his research institute. A son, Peter Reich, was born in April of l944. Ilse became a U.S. citizen in 1947. Dr Reich moved his Orgone Institute and research enterprise permanently from New York to Rangeley, Maine in l949, and she lived there until l954, when she separated from Reich. Wilhelm Reich died in 1957.


She had been active in Germany in the socialist movement, and was an activist for peace and prison reform. After her separation from Reich in l954, she renewed her social activities in the League of Women Voters and the Womens' International League for Peace and Freedom. She sought contact with Quakers through attendance in l955 at the Avon Institute, and became at that time a member of the Wider Quaker Fellowship. After moving to Fairfield County, Connecticut, in l964, she became a regular attender at Wilton Monthly Meeting, which she eventually joined in l968. She was active in that Meeting as representative to the Connecticut Friends Council and as assistant clerk in the later l970's.


When she moved in l979 to the Friends Community in North Easton, she transferred her membership to the North Easton Meeting, where she held offices as treasurer and Clerk. She was a member of New England Yearly Meeting (NEYM) Ministry and Counsel Committee, of NEYM Friends General Committee (FGC). She attended FGC Gatherings for more than 20 years, and was a member of FGC's Publication Committee. She transferred her membership from North Easton to Mt. Toby MM, when she moved to Amherst in l989, and at that time became a board member of Woolman Hill. While living in Connecticut, she was a volunteer visitor and teacher at Danbury Federal Prison under the auspices of the American Friends Service Committee, and at the same time a visitor at Connecticut jails, prisons and reformatory under the auspices of the Connecticut Prison Association.


In l969, her biography of Wilhelm Reich was published by St. Martin's Press, later translated and published in French, German, Spanish and Japanese editions. She also published a pamphlet on Angels.

Ilse moved to Clark House, Amherst, in 1989, and in January, 2001 moved to The Arbors at Amherst, an assisted living facility. At the time of her death she was the Arbor's oldest resident. Having entered Hospice Care recently, she moved to her son's home in Leverett in mid-December. 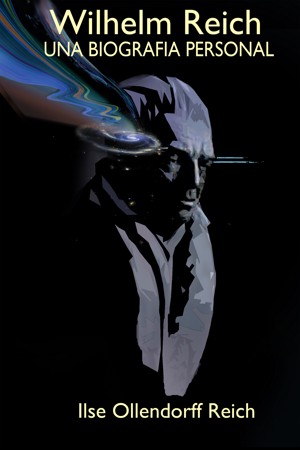 You have subscribed to alerts for Ilse Ollendorff Reich.

You have been added to Ilse Ollendorff Reich's favorite list.

You can also sign-up to receive email notifications whenever Ilse Ollendorff Reich releases a new book.