~ dreamer, writer, gramma ~
I mostly write *Uncanned Romance* -- Love Story novels that don't quite fit into established Romance formula categories. They may be sappy, trashy, past, present, futuristic, or otherworldly sub-genre misfits, but they *are* Romance and they do have Happy Endings.

My short stories, on the other hand, seem to be an unrelated assortment of speculative/fantasy musings.

I like to read hybrid combinations of mystery, paranormal, romance, sci-fi/fantasy, and humor.
(But try to avoid horror, suspense, and thrillers.)

*My favorite teacher advised me to "specialize," so as not to be a "Jack of all trades and master of none (like her)." But the Jack sounded like so much more fun, and I admired 'her' versatility so much, that I didn't listen. From Algebra classrooms to Massage and Reiki tables to Writing pads, my professional interactions have been as varied as the seasons. And alas, my stories follow suit ... mixing genres and being none.*

Where to find PJ Port online 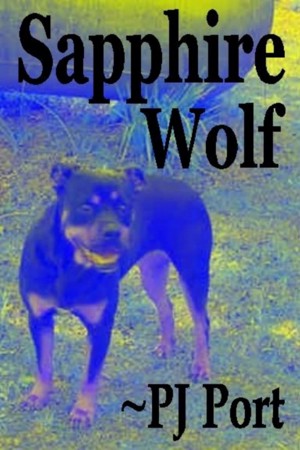 Steampunk Wolf-Man Dog-Man Tale, and Love Story: Raylee spots the man of her dreams. Except, he's not exactly a man. ~ Which makes her even more determined to claim him for her own. But ... why, if she smells like a wolf, doesn't she know proper wolf lore? Why was she orphaned? And why are there so many false Priestesses, yet so few good wolves and true Priestesses to deal with killer-wolves? 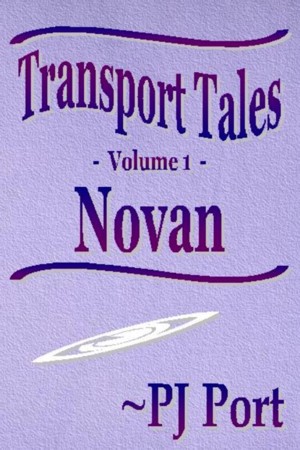 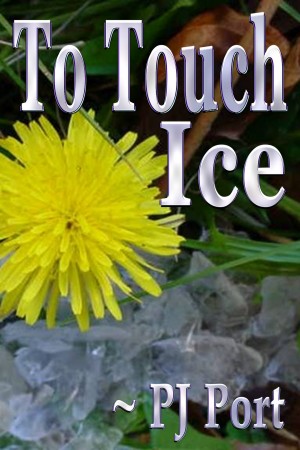 To Touch Ice by PJ Port
Price: $2.99 USD. Words: 82,380. Language: English. Published: November 11, 2011 by UnicornPanther Books. Categories: Fiction » Romance » Historical » General, Fiction » Visionary & metaphysical
Historical-Setting Love Story: Melynda falls for a lowly ranch hand whose steel-blue eyes seem able to "look clean through to the bone." ~ turns out ... they can. ~ not exactly the "drifter" she thinks he is, though. ~ ~ ~ language is polite, even when subject matter is not ~ ~ ~ (Author's note: First few chapters employ nonstandard speech dialect. So definitely try the free sample before buying. 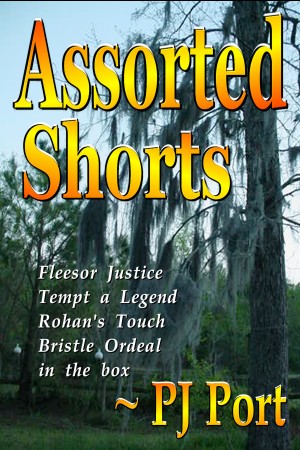 A booklet of Fantasy/Speculative-Fiction short stories: "Fleesor Justice," futuristic fantasy on another world ~ "Tempt a Legend", legend tale ~ "Rohan's Touch," altered reality ~ "Bristle Ordeal," altered perspective ~ "in the box," whimsical fantasy about being different ~ with a sample from the Love Story novel: "Novan"

You have subscribed to alerts for PJ Port.

You have been added to PJ Port's favorite list.

You can also sign-up to receive email notifications whenever PJ Port releases a new book.