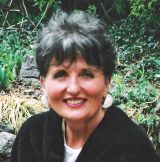 Pamela Evans is a witty and enthusiastic Universal Wayshower and advocate of mediums and psychics.

She has been researching reincarnation, metaphysical principles, psychics and mediums for more than two decades. Over that time, she has thoroughly examined the work of many of the world’s leading metaphysical authorities including Edgar Cayce, Dr. Elizabeth-Kubler Ross, Arthur Findlay, Maurice Barbanell and many more.

She is the author of Dead As I’ll Ever Be, a book that has been met with acclaim from readers and critics alike since its publication in 2001. A second book called Life Is Fair: Everything Happens for a Reason was released in 2012.

Pamela’s writing talents were honed over 27 years as an editor, columnist and copywriter for local newspapers and magazines. She continues to write for the media, contributing articles to various publications including New Consciousness magazines.

Pamela is an energetic, engaging and articulate speaker with years of experience before a wide range of groups, from the International Association of Near Death Studies to the largest United Church in Ontario. She is a favourite with radio and TV interviewers, who appreciate her depth of knowledge combined with her acerbic wit. In one instance, her TV segment pulled in the largest call-in response in the station’s history.

A tireless promoter of her own work, as well as community events, Pamela has been instrumental in organizing book signings, book launches, fundraisers, psychic fairs, art gallery events and more.

Where to find Pamela Evans online

Dead As I'll Ever Be: Psychic Adventures That Changed My Life by Pamela Evans
Price: $7.95 USD. Words: 60,380. Language: English. Published: July 1, 2013. Categories: Nonfiction » New Age » Reincarnation
No matter how many times we mess up or fail to learn our lessons, we get another chance to get it right. Pamela Evans has spent three decades researching reincarnation to reaffirm that it brings hope, integrity and meaning to our lives. 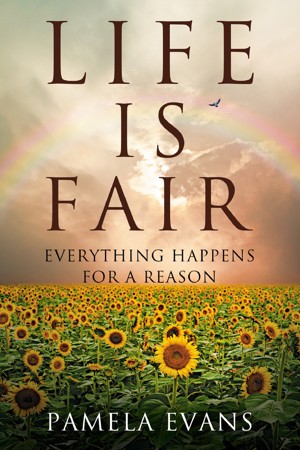 Life Is Fair: Everything Happens for a Reason by Pamela Evans
Price: $7.95 USD. Words: 37,640. Language: English. Published: December 2, 2012. Categories: Nonfiction » New Age » Reincarnation, Nonfiction » New Age » Spiritualism
Life isn’t fair. Isn’t that what we’ve always believed? How else to explain the death of an innocent child, a horrible accident, even 9/11? But I'm here to tell you, life IS fair. There’s a life outlined for each of us - not predetermined but chosen by us before we’re born — for the lessons we need in order to grow spiritually. Everything happens for a reason.

You have subscribed to alerts for Pamela Evans.

You have been added to Pamela Evans's favorite list.

You can also sign-up to receive email notifications whenever Pamela Evans releases a new book.