Born in Edinburgh, I grew up in the North West of England, went to the universities of Manchester and Oxford, specialising in 17th-century Spanish comic drama.

Although I started out as a translator, I escaped via a turbulent and circuitous route of journalism and educational publishing to expand my interests to include botanical history, science fiction, local history, architecture, cocktails, wine-making and avoiding DIY. I’m also a fan of Insular art and other early Medieval stuff inspired by my daughter Lauren, a History of Art graduate at Edinburgh.

I returned to writing to combat the ‘empty nest’ syndrome and I’m now the author of several novels and stories. Half are historical fiction, while the rest are fantasy adventures, such as Ice Trekker, now reissued. Another title, Half Life, is a co-production with my husband, Rob Deeth, a professor of inorganic computational chemistry and flying buff. This is also re-released on Amazon. Other titles include Tomorrow's Anecdote, a newsroom mystery; True Haven, a Regency fantasy adventure; Dark Interlude, a post-WW1 mystery thriller; and Cloud Pearl, the first of a six-part fantasy series, The Legends of Liria.

Just for fun, I wrote an anthology of short stories on a supernatural theme, going through the seasons; A Walk in the Park; Last Spring; Midsummer Glen and Equinox (a bonus edition featuring all four). The Deed Box is a macabre tale and not in the least auto-biographical. No, no, no.

My father was a writer and I was proud to edit the first of his Cold War thrillers, Not With a Whimper.

Currently, I am working on The Blackfern Conspiracy, a sequel to The Lost Orchid, as well as a dark murder mystery called Machiavelli’s Acolyte, set in 17th-century Eastern Europe, introducing the death-magnet, Viktor Radislav.

Of course, that’s not his real name.

You write in several genres. How did this come about?
I started out with historical fiction with The Lost Orchid, botanical shenanigans in the 1880s. I began to send the book out to agents, the old-fashioned way. You know the drill: reams of chapters, wasting half a tree a shot. The responses took so long, I got impatient waiting, so I started another book – in a different genre just for fun. Then, when I got to sending that one out, I started another book. After a few years, I had a collection of nearly ten novels. My background is in journalism, which helped. One always had to learn to write in various styles – usually against the clock!

The website is lostorchid.blogspot.co.uk. In fact, I had so much material, I started a blog for orchid fans called Orchidmania, which is turning out to be rather popular, with features and quirky facts on orchids and their history. It's here: orchidmania-pk.blogspot.com/.
So, ebook publishing?
I’d been writing for years, but as my daughter got older, I thought it was time to reinvent myself. I didn’t relish the idea of rattling around the empty nest while she was having a great time at uni. It struck me that her generation is so handy with technology, I didn’t want to be left behind, so I upgraded my phone, got a digital camera and bought myself an ereader. Bang. Everything changed. After I’d devoured Mark Coker’s guide to ebook publishing, I went into overdrive. In six months I had six ebook deals. I’m a total convert.
Read more of this interview.

Where to find Pamela Kelt online 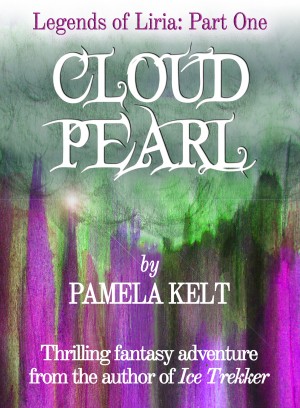 Cloud Pearl by Pamela Kelt
Price: $0.99 USD. Words: 47,550. Language: English. Published: March 23, 2016. Categories: Fiction » Fantasy » Epic, Fiction » Adventure » General
Welcome to Liria, a land where legends come to life. Liria is a peaceful kingdom, but after a battle with its war-like neighbour, its beloved queen vanished and the country became prey to the evil Empire of Bura. Young girls Petra and Svila are travelling players. Their manager, Zoran, collects legends and stories, hoping their message will inspire Lirians to regain their country and r 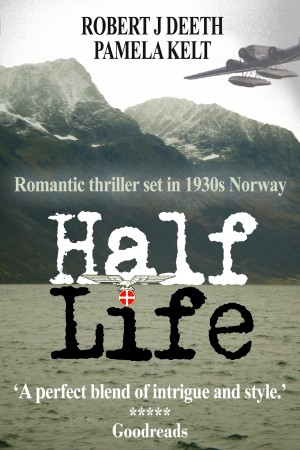 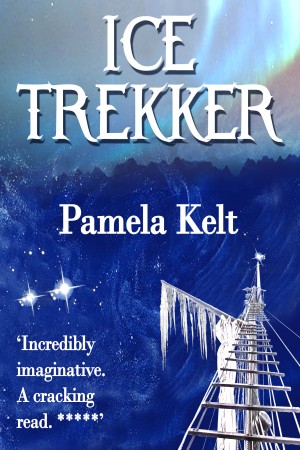 Ice Trekker by Pamela Kelt
Price: $0.99 USD. Words: 36,240. Language: English. Published: February 15, 2016. Categories: Fiction » Fantasy » General
Ignoring a skyful of evil omens, a young Grell named Midge leaves home for a new life. But Hundland is on the brink of war, and vital supplies are running out. Caught up in a mysterious quest in the icy wastes of Krønagar, he and a crew of unlikely buccaneers fend off fiendish foes in a dark battle for survival amidst monsters, myths and mayhem. 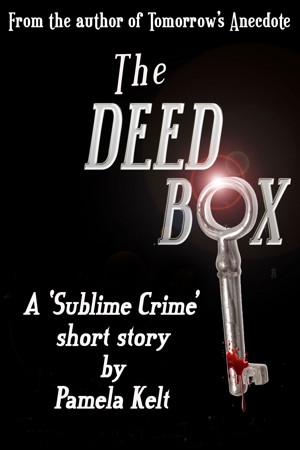 My father’s mother was not a nice woman. As kids we’d listen to the tranny while planning how to bump off Granny. It never came to anything, of course. Until the day in June when my sister and her partner, Oily Phil, came to tea …

You have subscribed to alerts for Pamela Kelt.

You have been added to Pamela Kelt's favorite list.

You can also sign-up to receive email notifications whenever Pamela Kelt releases a new book.