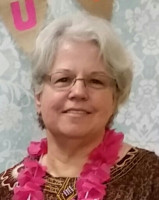 Ann Parker Burgess is an American author whose books are designed to entertain and uplift. Originally from Memphis, TN, she currently resides with her husband in Olive Branch, MS. She has raised two sons and enjoys spending time with family.
Of herself, she writes:
"I think I was born with an imagination larger than some. I can remember as a kid inventing games to play, pretending and even making up songs to sing to myself.
I was never alone it seems. I always had imaginary friends or real friends to play with. There were more boys in my neighborhood than girls. I often played cowboys, cops and robbers, and even sat in the dirt playing with cars with the boys. With the girls I played dolls and dress-up.
Playing outside in the summer all day, riding bikes, walking to the neighborhood drug store to buy candy, coke floats, or ice cream sundaes helped me to develop in a well rounded, I suppose, individual.
I was raised in a Christian home, taught to respect others, and love. I have tried to live my life in this manner. In this day it isn't easy, but I try. I try to incorporate these values in my stories and characters lives.
I first began writing at the age of twelve. Being on the threshold of adulthood, I had to put away childish games, but I still had an active imagination. In seventh and eighth grades I wrote stories and passed them around to the girls in schools. Some of the boys even read them. I became known as the story teller and people couldn't wait to read the next chapter.
In high school my best subjects were History and English. I also excelled in any term papers I had to write. My Senior English teacher encouraged me to go to college and study journalism. My parents sent me to learn office skills instead.
All my life I wanted to write and it wasn't until 2000 that I began to seriously consider it as a career. Can I say that? I know few have heard of me, but watch out world. Ann Parker Burgess is here and she isn’t going away."
Books she has written include: When Angels Cry and Guradian Angel. An upcoming sequel to these will be Angels over Texas.
She is currently working on other projects: a series entitled the Lore of Lauder, another book entitled Julia, and Blossoms of the Heart which is one of her beta readers' favorites. Blossoms of the Heart should be finished and ready for release for the summer of 2019.

How do you approach cover design?
I try to look for a cover that reflects the characters or themes of my books. I want to attract my resders without using images that are distracting or take away from the heart of what they will be reading. I don't like the typical romance covers. I find they usually have little to do with the actual story inside.
Describe your desk
My kitchen table, a tray or my lap.
Read more of this interview.

Where to find Parker Burgess online

The Lore of Lauder by Parker Burgess
Paul Lauder, a vampire by any other name, searches for the truth and God. Born in darkness to be one the dark lords and rulers of the world we live in, he learns he had been lied to for nearly 250 years. His wealth and life suddenly meant nothing to him. Woes and regrets began to plague his mind. He begins to write about his life. In the first book In he introduces how a simple web site set up to find him opend Pandora's box and led him to search for the truth. The next three books will take you on a journey as he tells of his past life and what the future holds. 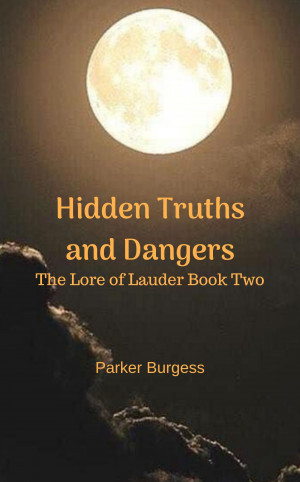 The Lore of Lauder - Book Two - Hidden Truths and Dangers by Parker Burgess
Price: $3.99 USD. Words: 98,010. Language: American English. Published: July 1, 2019. Categories: Fiction » Romance » Historical » General, Fiction » Christian » Mystery & detective
Paul is as much myth as he is man. He, along with a handful of others like him, walk among men but they are not men. They are immortals and they fancy themselves gods. People, corporations, and nations are just pawns for them to manipulate in their own sinister game of chess. To what end, none may know. Paul Lauder ruled over the New World – the Americas – and all the islands surrounding them 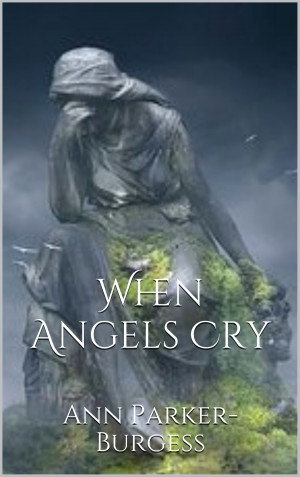 When Angels Cry by Parker Burgess
Price: $3.99 USD. Words: 78,620. Language: American English. Published: May 17, 2019. Categories: Fiction » Romance » Contemporary, Fiction » Christian » Romance
Turi Capriotti was not a name one would associate with a cowboy. Yet he was a cowboy through and through. The first time he saw Sheila Greene, something happened and it was going to change his life forever. Sheila Greene was a divorcee not in search of love. What she would find in the cowboy would be more than love. He would turn out to be her hero. You might find new recipes as well. 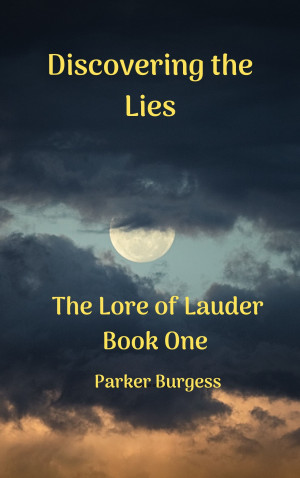 Born into darkness, Paul Lauder searches for the light. Plagued by memories of loves lost and a life he always wanted, he begins a journey to discover who he really is. His story begins in the 20th century and takes and leads you into a world few mortal knew existed. The first book begins with the unraveling of his life when he discovers he has a granddaughter.

You have subscribed to Smashwords Alerts new release notifications for Parker Burgess.

You have been added to Parker Burgess's favorite list.

You can also sign-up to receive email notifications whenever Parker Burgess releases a new book.