After writing a book about his experience as a brain surgery volunteer, a Maryland Parkinson's disease patient believed his story would make an interesting book.

But after years of failing to interest numerous book agents and getting rejection slips from publishers who didn't even request sample chapters, Bill Schmalfeldt decided to take matters into his own hands. Reaching into his own pocket, he has self-published his story and is donating 100 percent of the author's proceeds from the book's sale to help find a cure for this crippling, degenerative neurological disease.

“This book is written not only for the Parkinson’s disease patient,” Schmalfeldt said, “but for anyone who knows, cares for, or loves someone who has this beast of a disease."
"No Doorway Wide Enough" is Schmalfeldt’s personal story about living with a neurological disease that afflicts over a million Americans. 100 percent of the author proceeds will be donated to the National Parkinson Foundation and the Charles DBS Research Fund at Vanderbilt University Medical Center.

“I was diagnosed at an NPF clinic in Miami and Vanderbilt’s Neurology Department is looking to expand their DBS clinical trial from its current 30 patients to a nationwide trial involving hundreds, if not thousands of folks like me. I felt I should help any way I could,” Schmalfeldt said.

"The title comes from my days as a Navy hospital corpsman at the former U.S. Navy Home in Gulfport, Ms.," the 55-year old author said. "I used to wonder why it was that some of the older folks tended to stop and 'size up' a doorway before walking through. I did a spot-on impression of this effect for my friends at parties. Got lots of laughs. Now I know the reason for it."

Written in the style of a diary, Schmalfeldt weaves a tale that starts with being diagnosed at age 45, why he decided to participate in an experimental clinical trial that involved brain surgery, and his recovery and life afterwards. With a wry and sardonic sense of humor and writing style, Schmalfeldt weaves an easy-to-read tale of his personal struggle with the disease, pulling no punches over his frustration over the mixed results of his surgery. "It's the story of my Parkinson's decade -- 2000 to 2010," Schmalfeldt said.

Schmalfeldt said that the book was also meant to highlight the importance of clinical trials in medical research. In 2007, Schmalfeldt volunteered for a clinical trial at Vanderbilt University Medical Center in Nashville to test the safety and tolerabilty of deep brain stimulation in early PD.

"Clinical trials are vital in the search for new treatments and cures in a variety of diseases," said Schmalfeldt, who works from home as a writer-editor for the Clinical Center at the National Institutes of Health in Bethesda, Md. "Without people volunteering to take part in this kind of research, scientists would have a much harder time finding new drugs, treatments and outright cures for the diseases that have plagued mankind throughout the years."

Schmalfeldt learned about the clinical trial at Vanderbilt in the course of his duties at NIH. "I write and produce podcasts about the importance of clinical trials," he said. "What kind of hypocrite would I be if I saw a trial that I was qualified for and didn't participate?"

This is Schmalfeldt’s first try at non-fiction. "No Doorway Wide Enough" and all his other books -- “...by the people...”, “Undercover Trucker: How I Saved America by Truckin’ Towels for the Taliban,” and “Hunky Dunk,” are available at the author's website, http://books-o-billy.com.

VISIT NOW FOR 20% DISCOUNT COUPONS FOR ALL THREE NEW E-BOOKS, ONLY FOR VISITORS AT http://books-o-billy.com FOR A LIMITED TIME! ACT NOW!!!

Where to find Bill Schmalfeldt online 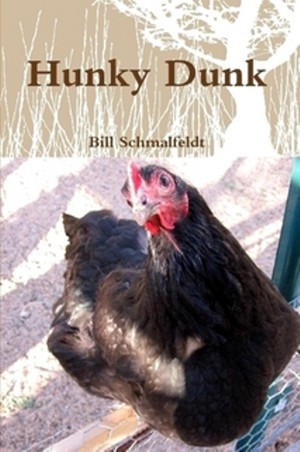 Hunky Dunk by Bill Schmalfeldt
Price: $5.00 USD. Words: 57,610. Language: English. Published: June 23, 2010. Categories: Fiction » Humor & comedy » General
Mud and Jake Klemper were special boys. Their father knew how special they were although his constant browbeating did little to encourage their special gift. The boys would have lived their lives unknown and uncared about in Slope Oak, Iowa, if not for a little song Mud and Jake composed one hot afternoon. 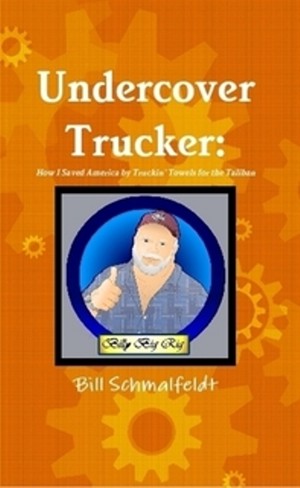 Undercover Trucker: How I Saved America by Truckin' Towels for the Taliban by Bill Schmalfeldt
Price: $5.00 USD. Words: 71,250. Language: English. Published: June 23, 2010. Categories: Fiction » Humor & comedy » General
For obvious reasons his real identity can not revealed. His life remains in constant danger. But he tells his story for the first time in this hilarious first-hand account. Along the way, you’ll learn about his unique upbringing, his philosophy, and how to survive when EVERYONE wants to kill you! 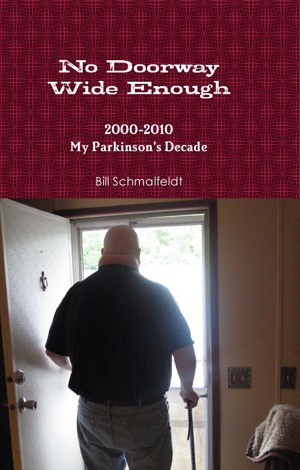 No Doorway Wide Enough by Bill Schmalfeldt
Price: $5.00 USD. Words: 92,320. Language: English. Published: June 23, 2010. Categories: Nonfiction » Biography » Autobiographies & Memoirs
This is the story of Bill Schmalfeldt’s “Parkinson’s Decade” from being diagnosed in 2000, to having brain surgery in 2007, through today. The story is told in a humorous, satirical, almost jovial first-person, conversational style. It’s a book that should be on the reading list of anyone who has (or loves someone who has) Parkinson’s disease. All author proceeds go to PD Research.

You have subscribed to alerts for Bill Schmalfeldt.

You have been added to Bill Schmalfeldt's favorite list.

You can also sign-up to receive email notifications whenever Bill Schmalfeldt releases a new book.