Southern Africa has always been my home. Various educational achievements and different occupations have kept me busy, but since childhood writing has been my passion. Many of my stories have been published and distributed in schools in Southern Africa. Now, I've re-written those stories in a different style. It's a style that I hope all children, who can read English, will enjoy.

Where did you grow up, and how did this influence your writing?
I was raised on a farm in Northern Rhodeisa, but I spent more time at boarding school than at home.

I used to tell stories to the other children in the dormitory after lights out. They were always about Mrs Brown, who had amazing adventures.

At school we had to write English Compositions, and it was the only English subject I enjoyed. English Language and Grammar bored me silly. In frustration one day, Miss Barnes, was teaching us about parts of speech. Martie was as bored as I was, and yawned. Miss Barnes was furious, threw a vase of flowers at Martie and told her to "Get out!".

Martie did as she was told, and came back shortly afterwards, carrying an umbrella!

I vowed never to bore anyone to whom I told my stories, and I carried that vow forward when my 'telling' became 'writing'.
When did you first start writing?
In the mid 1990s.
Read more of this interview.

Where to find Patricia Barnard online 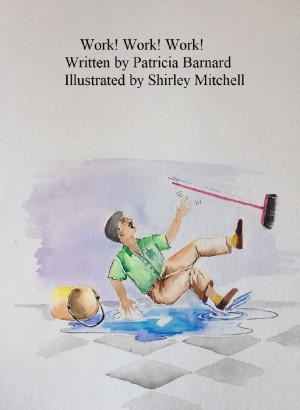 Work! Work! Work! by Patricia Barnard
Price: $3.00 USD. Words: 1,570. Language: English. Published: July 27, 2017. Categories: Screenplays » Western, Screenplays » Action Adventure
Rosa thinks that her mother asks her to do too much work for her. Rosa decides to find paid work. She finds work, but the people ask her to take messages for her. She gets nervous, dirty muddled and exhausted. She decides its better to work for her mother. 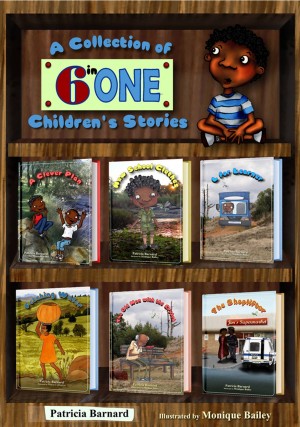 Six Stories for Children by Patricia Barnard
Price: $3.00 USD. Words: 10,690. Language: English (South African dialect). Published: July 5, 2015. Categories: Fiction » Children’s books » Action & Adventure / Survival Stories, Fiction » Adventure » General
These stories all affect the readers' emotions. It is through the emotions that most learning takes place. Children don't always automatically get on well with each other, but if they do their lives are a lot happier than if they don't. The children in Six Stories for Children are of various ages and from various backgrounds, and they all learn how to handle their problems satisfactorily. 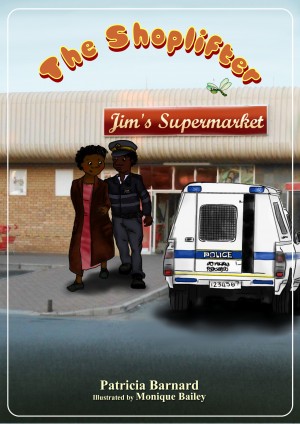 The Shoplifter by Patricia Barnard
Price: $3.00 USD. Words: 1,860. Language: English (South African dialect). Published: March 23, 2015. Categories: Fiction » Children’s books » Sports & Recreation / Football
Peter Motlala is crazy about soccer. He admires Botshe Ofentse, a local soccer star. He spots Botshe in the local store and stops to talk to him. Botshe doesn't chat to him. Peter is disappointed. He sees a woman in the aisle hiding something in her coat. He tells Botshe and the manager about her. They watch her. What happens? Peter is happy, but why? Read on to find out... 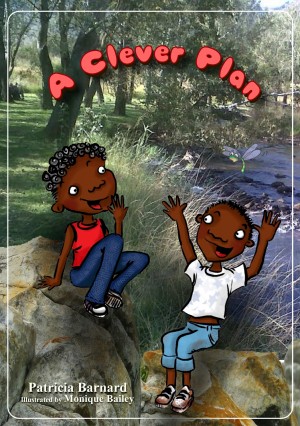 A Clever Plan by Patricia Barnard
Price: $3.00 USD. Words: 1,620. Language: English (South African dialect). Published: March 5, 2015. Categories: Fiction » Children’s books » Sports & Recreation / Football, Fiction » Children’s books » Sports & Recreation / Soccer
In winter, Onias sleeps too late to get to school on time. His friends don’t call him on their way to school because he’s never ready. His aunt sends him a parcel. He shows his friends what’s in it and tells them that if they make sure he’s up and wait for him on their way to school, he'll share his present. They like the idea. What is in it? Read the story to find out! 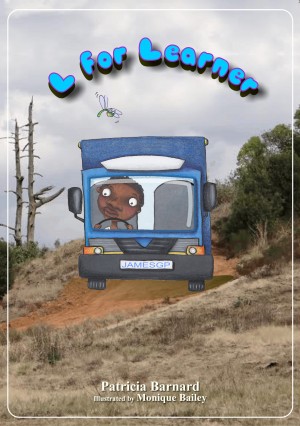 L for Learner by Patricia Barnard
You set the price! Words: 1,290. Language: English (South African dialect). Published: November 26, 2014. Categories: Fiction » Children’s books » Cars
"Uncle Sam won't mind!" James assures his friends when they get in the car, with young James acting as driver, but they all leap out again when James tries to be too clever. 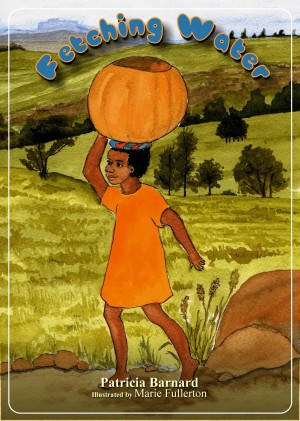 Fetching Water by Patricia Barnard
You set the price! Words: 2,180. Language: English (South African dialect). Published: November 20, 2014. Categories: Fiction » Adventure » Action
When Sizi’s mother hurts her leg, Sizi has to fetch water from the river. But there are crocodiles in the river! When Sizi hears noises and sees swirls in the water she knows she’s in danger! 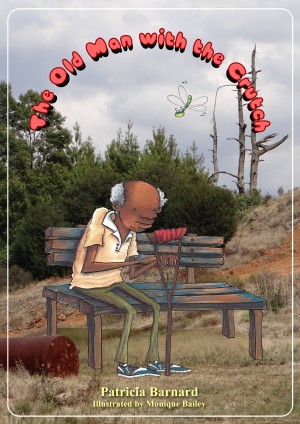 The Old Man with the Crutch by Patricia Barnard
Price: $3.00 USD. Words: 1,290. Language: English (South African dialect). Published: November 1, 2014. Categories: Fiction » Children’s books » Fiction, Fiction » Adventure » Action
Gibson sees an old man with a crutch sitting on a bench near the store. He sits on the ground near the old man, who tells Gibson his story about a lion attacking him. Afterwards Gibson runs to a nearby field and calls his friends. They follow him back to look at the old man. They hear a lot of shouting and are surprised when they see the shop keeper holding the crutch and the old man running away. 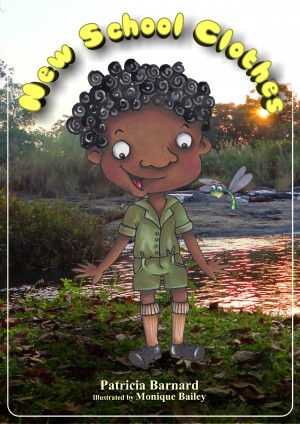 New School Clothes by Patricia Barnard
Price: $2.00 USD. Words: 2,190. Language: English (South African dialect). Published: September 15, 2014. Categories: Fiction » Children’s books » Action & Adventure / Pirates
Christopher decides to earn some money by working during his school holidays. A farmer gives him a job looking after sheep during the day. A frightening storm floods his house, and the river he has to cross breaks its banks. How will Christopher get to the farm?

You have subscribed to alerts for Patricia Barnard.

You have been added to Patricia Barnard's favorite list.

You can also sign-up to receive email notifications whenever Patricia Barnard releases a new book.