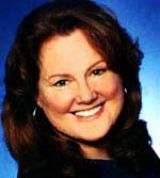 46 readers have added this author as a 'Favorite Author'.

Patricia is the author of 25 published novels, past president of international writers group Novelists, Inc., and instigator of www.AWritersWork.com, where published authors sell e-books directly to readers.

Her books -- cited by reviewers for vivid characterization – have topped best-seller lists and won awards. She has spoken about writing from Honolulu to Washington, D.C., including being a guest-speaker at the Smithsonian Institute.

Patricia received BA and MSJ degrees from Northwestern University. She was a sports writer (Rockford, Ill.), assistant sports editor (Charlotte, N.C.) and -- for 20-plus years -- an editor at the Washington Post. Now writing full-time, Patricia lives in Northern Kentucky.

Where to find Patricia McLinn online

You have subscribed to alerts for Patricia McLinn.

You have been added to Patricia McLinn's favorite list.

You can also sign-up to receive email notifications whenever Patricia McLinn releases a new book.