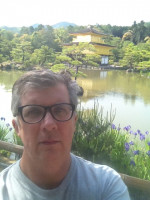 I completed a Master of Creative Arts (Prose) at the University of Wollongong in 2011 and have been writing pretty much full time since then. Previously I have worked as metallurgist, health food retailer, government bureaucrat, diplomat and entrepreneur.

While my work overseas for the Australian government took me on postings to many places including Europe, Asia and Africa, I like to write about the contemporary Australian experience. I began short story fiction writing in the nineties, had some short stories published, then put my writing on hold as I gave full attention to my diplomatic career.

I'm a taiji health exercise enthusiast, an avid jade collector, and I'm also a keen follower of William Gass and his theory of sentence writing, that each sentence has a soul, and that all good literature comes from the well-constructed sentence.

I live in Loftus, a suburb of Sydney, and am a member of the South Coast Writers Centre.

Where to find Patrick McGowan online 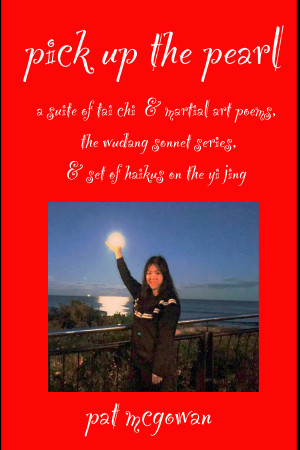 Pick up the Pearl is a collection of martial arts poems written by a long term tai chi enthusiast. The forms of the poems range from free verse to sestina, from ottava rima to ballad. The work examines many aspects of martial arts and their exponents, including tai chi, karate, boxing, street fighting, kung fu, ai ki do, judo and ba gua chan. 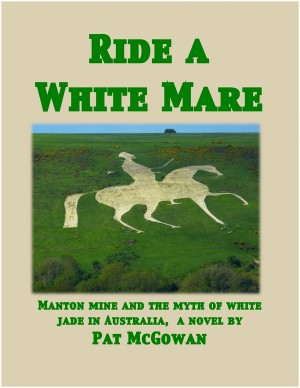 Ride a White Mare by Patrick McGowan
Price: $7.95 USD. Words: 68,390. Language: Australian English. Published: April 13, 2016. Categories: Fiction » Adventure » General
This is an Australian outback road adventure about a quest for what the experts declare to be impossible: finding white jade in Australia. Failed journalist, Marco Gentolini, and his offbeat offsider, Tom Owen, hear whisperings of a white jade mine somewhere in northern New South Wales that they simply have to track down. It's not easy but they refuse to give up. 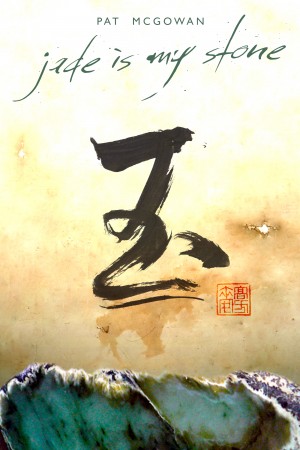 Jade Is My Stone by Patrick McGowan
Price: $7.95 USD. Words: 75,400. Language: English. Published: November 11, 2014. Categories: Fiction » Literature » Literary, Fiction » Themes & motifs » Psychological
Jade is a mysterious stone, by weight, often worth far more than gold. But if you were to go out and buy jade would you know if it was genuine or fake? In this novel, Shipton Kingsgate becomes obsessed with jade and embarks on a quest to have and to hold his own prize piece of this stone! At every turn, he must navigate the perils of true versus false, even with those nearest to him. 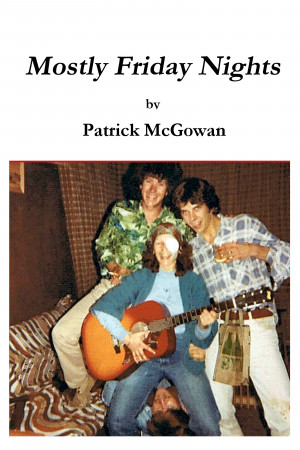 Mostly Friday Nights by Patrick McGowan
Price: $7.95 USD. Words: 41,790. Language: Australian English. Published: December 31, 2013. Categories: Poetry » Australian & Oceanian
What happened on Friday nights in the Sydney suburbs in the seventies? Read these stories about Campbell and his mates from Campbelltown, told in the style of The Adventures of Don Juan though with not so many heroes. 'Was one Friday night, talk about hairy: Campbell and I had trekked out to Appin, scored an invite to a birthday party, by chance after meeting our mad mate, Stefan...' 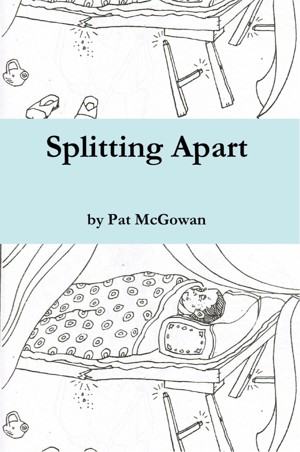 Splitting Apart by Patrick McGowan
Price: $7.95 USD. Words: 80,810. Language: Australian English. Published: November 13, 2012. Categories: Fiction » Literature » Plays & Screenplays, Fiction » Plays & Screenplays » Russian
The year is 2019 and the 83 regions of the Russian Federation are splitting apart. A team of six in a Canberra office have been asked to provide an urgent report on the issue for their Minister. As they strive to meet their deadline, the story of an office itself fracturing into pieces, as personal histories surface, unfolds to echo the crisis they are being asked to report on. 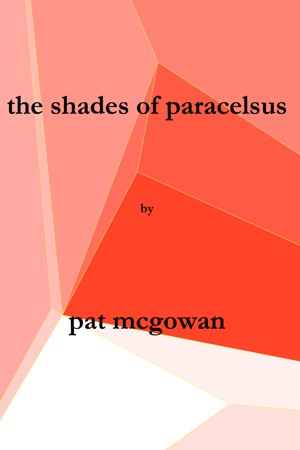 The Shades of Paracelsus by Patrick McGowan
Price: $7.95 USD. Words: 73,680. Language: Australian English. Published: October 27, 2012. Categories: Fiction » Young adult or teen » Drama
A young adult drama set in Wollongong, Australia, this novel is about how the innocence and optimism of youth can be treated so shoddily, so contemptuously by the darker forces which sometimes drive big business today. Can winning ever only be about holding back the inevitable? This is a question both the good and the bad may like to ask themselves in their quieter moments.

You have subscribed to alerts for Patrick McGowan.

You have been added to Patrick McGowan's favorite list.

You can also sign-up to receive email notifications whenever Patrick McGowan releases a new book.