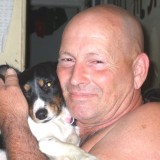 ABOUT THE AUTHOR I am Paul A. Coover living in West Fork Arkansas. My history includes frame carpentry and building. Also aerial construction on hard line cable and fiber optics. I have installed, sold, audited and been launch supervisor for cable companies. I'm a printer and also a baker.
I grew up in Liberty Missouri and Northglenn Colorado. Moving to Arkansas let me work in carpentry. I love the Ozarks, they are just wonderful to me. We used to go camping every month year around. Canoe trips, fishing and camping figured into my youth. I was a Life Scout (Below Eagle Scout). I was a member of the Order of the Arrow and the Tribe of Micosay.
Moving to the Boston mountains just south of Fayetteville Arkansas, I enjoy amateur archeological studies. Stone axes from this area are kind of my thing. My grandfather Asahel Shapland was a blacksmith from McCool Junction Nebraska. We all made knives when we visited. But I was too small to use the big grinders so they let me work in the forge. I pounded down a railroad spike for a knife when I was young. Now my interests run to Carbon Steel Malleare Knives, Axes And Swords. which can be seen on http://redbubble.com/people/paulcoover along with numerous Orb Photographs. The stone axes are amazing to me and have my full attention. I have a book planned for each of these subjects. Asahel Made Knives will be the title to one and Age Of Stone, Axes Of A Osage/Caddo Area will be the other. Jazz is also a passion. I play trombone and fretless Bass Guitar
The orbs presented themselves honestly and naturally. Three of us from this neighborhood have seen these with our own eyes, two of us in daylight. Still others have seen the orbs when using the flash of the camera like a flash light. Looking OVER the camera with the camera close to the face.

What motivated you to become an indie author?
I had to become an Independent author or this story would not have been told. I spent years taking the photographs. I contacted scientists, media, newspapers and I soon found out this story was too deep and too unusual. This story was censored. One TV station in particular, called the police on me when I dropped off a printed copy of one of my photos. I had dropped off a photo with the receptionist and went to my car. Then about twenty people came boiling out of the building to get a look at me. It seems someone thought my photographs were news worthy. I later heard from someone who works there that the word handed down was that my photographs were made up. This couldn't be further from the truth. I faced distortions, lies, censorship and suppression by omission. No one would show you these true, amazing photographs.Also the context surrounding these photos needed to be preserved....the story told.
How has Smashwords contributed to your success?
Smashwords has had everything to do with the success of this book. Mark Coker is a small planetary chunk of what makes America great. Several years ago, there was no smashwords.com. The knowledge and skills involved in publishing were stashed away where people couldn't get them. Publishers picked out the winners and the losers. Additionally, the money needed to publish a book was reserved for authors that could make a bundle of money. The truth or importance of a story was not important to publishing houses. Smashwords brought the tools of publishing to real people . Now independent authors appear on the best sellars lists. Smashwords is selling my books in India.....and the rest of the world.
I can't say enough good about Smashwords and it's founder Mark Coker. You can see his tutorials on u tube. I love the guy. It might actually be foolish to publish with anyone else. E books are forever......Print books get shipped back to you in a certain period of time....then you owe the publisher.
Read more of this interview.

Where to find Paul Coover online

Odessa's Orbs
Photographs that cause amazement....An interesting look into a nearly invisible world all around us......My Dog Odessa started chasing invisible things.......really chasing. The Photos I got by accident......Then I really honed in.....With the help of a little orb hunting dog......The book Odessa's Orbs was compiled because the free press thinks better of showing you these photographs... 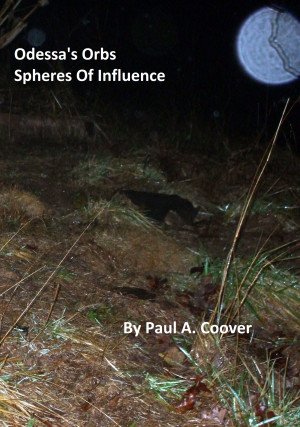 Odessa's Orbs, Spheres Of Influence by Paul Coover
Series: Odessa's Orbs. Price: $1.99 USD. Words: 2,470. Language: English. Published: March 8, 2018. Categories: Nonfiction » Religion & Spirituality » Inspirational, Nonfiction » New Age » The Paranormal
Accurate geometry in the reflection of these objects in glass windows are shocking, because these pictures are REAL. You will want to see these photographs. You are invited to investigate this modern mystery. All these photographs in one place...make it possible for you to credibly assess the situation. The photographs are priceless. Some of you will want to share this with friends and families 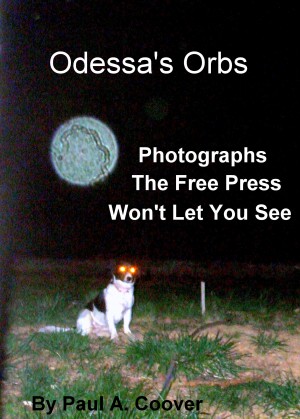 Odessa my dog , began chasing something I couldn't see. like it was a rabbit..... Subsequently , I was able to photograph these amazing objects. This is a book of the photographs and my testimony.. The photos are so amazing that no media will show them.. But they asked me for the photos......Seemingly plasma, .they move around and can light up...The most amazing true photographs ever

You have subscribed to alerts for Paul Coover.

You have been added to Paul Coover's favorite list.

You can also sign-up to receive email notifications whenever Paul Coover releases a new book.