Paulinette J. Quirindongo Ramos was born in February 14, 1993, in Ponce. She lives in Sabana Grande, and where she studied in a public school during her first years and then half of her years in a private school. As a little girl, she loved imagining and creating different worlds and exciting adventures. She learned to love books, thanks to that her mother used to read her Barbie magazines and Disney stories every night. Her love for reading was solidified with the Harry Potter Series.
It was in college where she started writing SF and Gothic novels, talents she discovered when she took Sci-Fi and Gothic reading courses, created by her Professor Gloria Valedón, who works in the same university she graduated from and is always sponsoring new writers.
In February 2015, she published her first micro-fiction, The Rebirth of Richard Adams, in an independent student magazine from her university known as Colectivo Mircroficticio.
In June 2016, Paulinette graduated from her Bachelor's degree in General Humanities and started her Master's degree in Education in History in February of that same year.
In March 2017, published a blog, Short Stories: Don't Underestimate Your Writing on NaNoWriMo's Official webpage.
In March 2018, she published and presented her second book, Rosario Ferré, in the Ponencia Reencuentro de Mujeres Humanistas on the Pontifical Catholic University of Puerto Rico, Ponce and where she studies. Currently, she is working on her first Sci-Fi Novel. In August 2019, she will publish her second short story, The Coming of the End Times on Spillwords.In November 2019, she published on Anansesem, her second short story, Chronicles of a Hurricane-Apocalypse, based on her experience during Hurricane Maria. 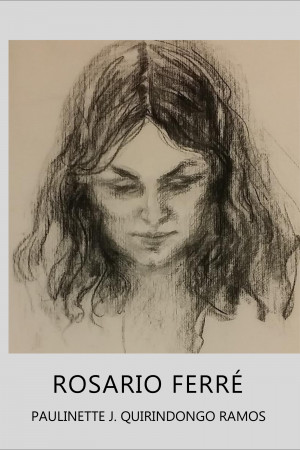 You have subscribed to alerts for Paulinette J. Quirindongo Ramos.

Would you like to favorite Paulinette J. Quirindongo Ramos?

You have been added to Paulinette J. Quirindongo Ramos's favorite list.