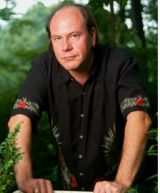 First published at age 15, expatriate Englishman Philip Nutman's writing career began inauspiciously as a movie reviewer for VENUE, a Village Voice type publication which covered the arts and entertainment scenes in the cities of Bath and Bristol in England's West Country. By the age of 18, he began contributing feature articles to international film magazines such as L'ECRAN FANTASTIQUE (France), SEGNO CINEMA (Italy) and FANGORIA (US), becoming the latter's first British Correspondent, a position he held for over ten years. For FANGORIA, he wrote over 120 feature articles (many of them cover stories) and reported on the making of many of the top horror films of the 1980s.

While freelancing as a media journalist in his spare time, he worked for five years as a producer's assistant for BBC TV, working on programs ranging from sit-coms to dramas of the Masterpiece Theater variety, contemporary thrillers such as EDGE OF DARKNESS to numerous arts-oriented documentaries. Quitting the BBC when he was 24 to devote his time exclusively to writing, he continued as a journalist while making his first serious inroads into fiction. With over 1,000 feature articles to his credit, his work can be found in magazines ranging from PENTHOUSE, MELODY MAKER, SPIN, TWILIGHT ZONE MAGAZINE,COMICS SCENE, GALLERY, THE COMIC BUYER'S GUIDE, METAL HAMMER, GOREZONE, THE ATLANTA BUSINESS CHRONICLE, ATLANTA NOW and numerous European publications including VENDREDI 13. He also worked periodically as a columnist and critic for BANG, FEAR, SKELLETON CREW and SHOCK X-PRESS.

Highlights of his less than illustrious career in the press include a delightfully drunken interview with legendary director Ken Russell at London's exclusive St. James Club, getting drenched in fake blood on a Rome soundstage during the filming of H. P. Lovecraft's FROM BEYOND, and witnessing the first appearance of the Cenobites during the shooting of the original HELLRAISER. As British Correspondent for FANGORIA, he was the first reporter to interview Clive Barker for a national American magazine and readily cites Barker as a major influence on his writing fiction.

"Clive was the first successful published author I met who took a serious interest in my initial fumbling attempts at fiction, and who gave me an enormous amount of advice and encouragement. He really was a mentor at the time I needed one the most," Nutman acknowledges.

Within a year of leaving the BBC, Nutman sold his first professional short story to editors John Skipp and Craig Spector for their groundbreaking anthology BOOK OF THE DEAD. The following year he sold an expanded novel version of that story - WET WORK - to Putnam Berkley, achieving the highly unusual feat of selling a first novel on the basis of a 16-page outline with no chapters written, and at the age of 26 no less.

Further short stories followed in quick succession in such highly acclaimed anthologies as BORDERLANDS 2 and SPLATTERPUNKS. The latter featured the novella Full Throttle, which garnered his first nomination for a Bram Stoker Award by the Horror Writers of America. Three further nominations followed over the next few years, two of which as a finalist (Superior Achievement in a First Novel and Best Short Story). Full Throttle and Churches Of Desire (BORDERLANDS 2) , were chosen by the late author and editor Karl Edward Wagner, for inclusion in THE YEAR'S BEST HORROR STORIES XIX and XX (1991 and 1992 respectively).

Beyond prose fiction, Philip Nutman also has written and edited 50-plus comic books and over a dozen screenplays, several of which have been optioned by different producers. In 2003, he was hired by Gryphon Films (producers of the Oscar-nominated feature THE COOLER) to adapt the bestselling adventure-thriller novel THUNDERHEAD (penned by Douglas Preston and Lincoln Child of THE RELIC fame) into a big budget studio script. More recently, he has written three projects for Sunwood Entertainment – THE LAST BLOOD, HELL’S BELLE, and SHIVER. The latter was filmed in Atlanta in August/September 2005 with Phil at the helm as producer.

Widely regarded as an expert on fantastic fiction and film, he has lectured at The School of Visual Arts, in New York City, Roger Williams University, R.I., Dusquesne University, Pittsburgh, P.A. and several high schools.

He currently resides in Atlanta, Georgia but now spends an increasing amount of time in Los Angeles, California, and is at work on numerous publishing, film and TV projects.

Where to find Philip Nutman online 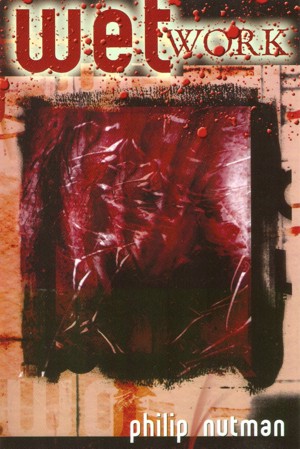 Wet Work by Philip Nutman
Price: $3.99 USD. Words: 79,640. Language: English. Published: June 13, 2011 by Overlook Connection Press. Categories: Fiction » Horror » General
[316 Pages in Printed Book]A top CIA "wet work" specialist and a rookie cop undergo a baptism of fire. Two different men whose destinies are about to collide as Armageddon unfolds. A plague sweeps across the globe, the dead begin to revive. Violence-crazed and hungry for flesh, they are everywhere. As their troops increase in size, appetite, a new order is taking over with no room for the living.

You have subscribed to alerts for Philip Nutman.

You have been added to Philip Nutman's favorite list.

You can also sign-up to receive email notifications whenever Philip Nutman releases a new book.